Making a life: a conversation with Ellen Dissanayake Years later Melanie, when putting together new book ‘Making A Life’, found herself asking the same questions but this time pondering them more deeply. She contacted scholar Ellen Dissanayake, author of “The Pleasure and Meaning of Making,” to find out more. 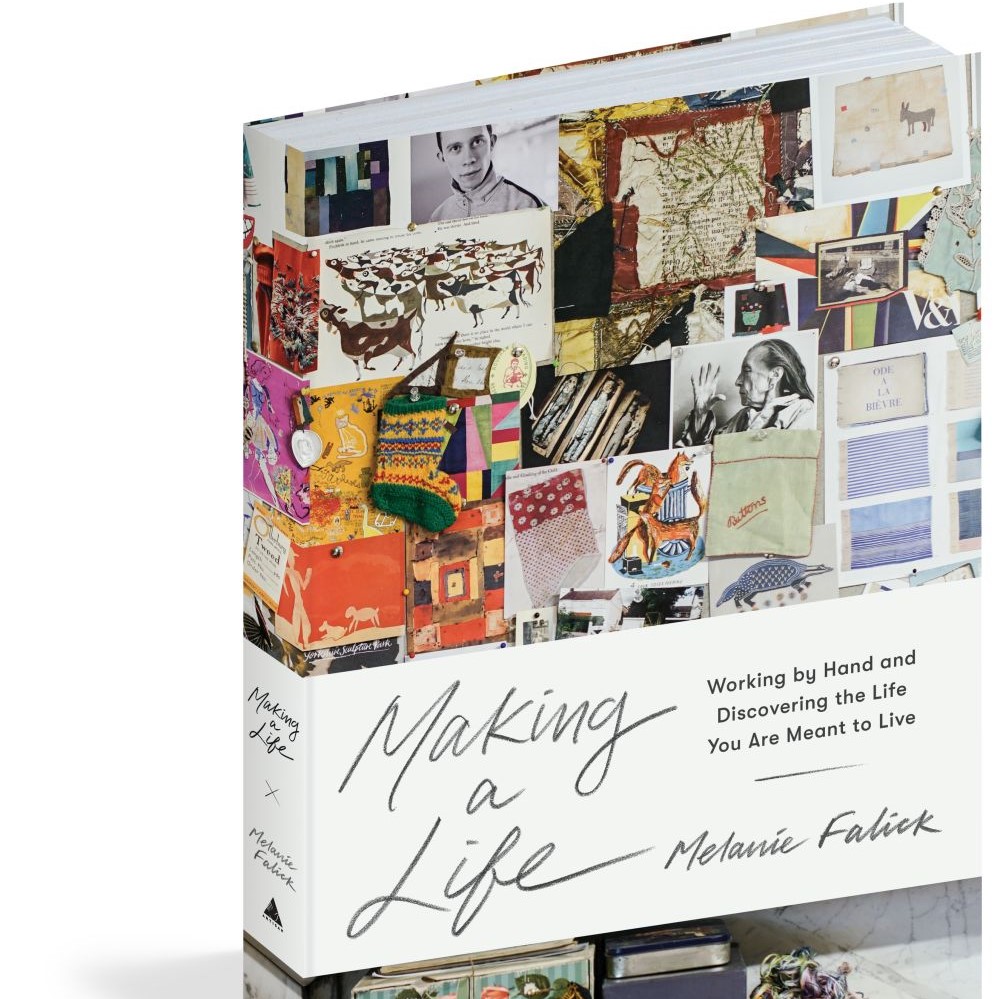 Having just celebrated her 80th birthday, Ellen, based in Seattle, was still passionate about studying and sharing her ideas. A self-motivated and mostly self-taught scholar Ellen has devoted much of the last fifty years to pursuing her interests in art and evolution.

What compelled you to study the relationship between human evolution and art and making?

I was able to travel a lot in non-Western countries. I wondered why the arts were so omnipresent and emotionally moving everywhere in the world. Because my interests were so multidisciplinary, I didn’t fit into any academic track, and I had to pursue my research on my own. I began to publish my writings. I have traced what modern and postmodern societies call “art” (and “craft”) back to the toolmaking and ceremonial practices of our human ancestors.

In your first book, What Is Art For? published in 1988, you presented a new definition of art.

It was less a new definition than a new approach – the idea of treating art as a behavior, something that people do, rather than as a thing or a quality or a label that museum curators give or that critics write about. I gradually came to the conclusion that in its most simple sense, art (as a verbal noun that I now call “artifying” or “artification”) is the act of making ordinary things extraordinary. It is a uniquely human impulse.

"Art is the act of making ordinary things extraordinary."

So you believe that artifying is an inherent, universal trait of the human species?

Yes. I believe that artifying is as normal and natural as language, sex, sociability, aggression, or any other characteristics of human nature. One could say that the general behavior of artifying (making things one cares about special) underlies all the arts.

You coined the term joie de faire an inherent joy in making and in “The Pleasure and Meaning of Making,” you wrote that “there is something important, even urgent, to be said about the sheer enjoyment of making something exist that didn’t exist before, of using one’s own agency, dexterity, feelings, and judgment to mould, form, touch, hold, and craft physical materials, apart from anticipating the fact of its eventual beauty, uniqueness, or usefulness.”

From an evolutionary perspective, why is pleasure in making important?

The pleasure in handling is inherent in human nature for good reason: It predisposes us to be tool users and makers. We have this very unusual dexterous hand with an opposable thumb and flexible, sensitive fingers. Our Australopithecus predecessors made crude stone tools two and a half million years ago. I hypothesize that if their descendants didn’t like (or were unable) to use their hands, they would not have survived and prospered as well as those who did. The earliest hunter-gatherers had to be makers of everything they needed for their lives.

"The earliest hunter-gatherers had to be makers of everything they needed for their lives."

You have emphasised in your work other aspects of human nature that derive from our remote hunter-gatherer past.

In Art and Intimacy, I sorted the emotional needs of all humans into five categories that originated in our hunter-gatherer ancestors. The first I called hands-on competence (the ability to do the things required of men and women in society), which of course for hundreds of thousands of years required using one’s hands. Another I called elaboration, or making special. Meeting these needs is as important today as it was back then. Modern-day makers might choose to create pottery or sew clothing not because they have to but because they feel the urge, even need, to do it. The fact that it feels good to make things with our hands harks back to our hunter-gatherer nature, which lives on in our psychology. 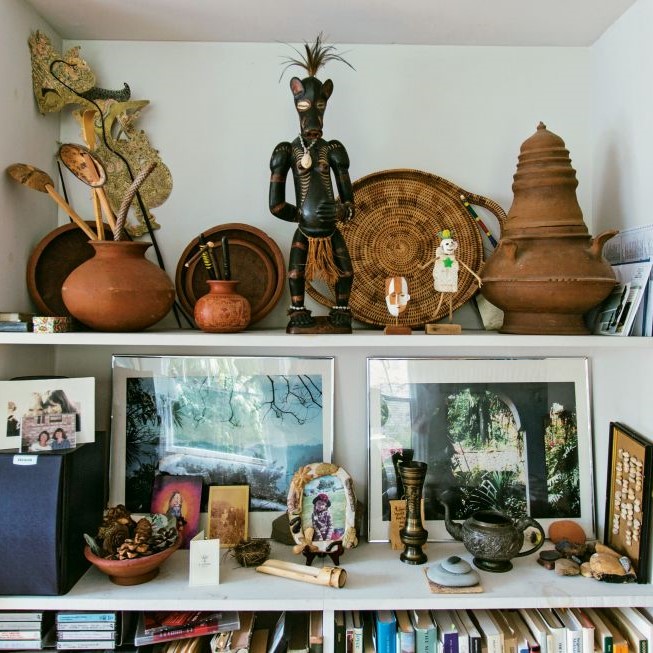 If making with our hands and making special are part of our inheritance, what do you think happens when we are not satisfying those needs?

In small-scale societies, life as lived satisfies the five fundamental needs—there is a kind of unity or wholeness of belief and behavior that is shared by everyone. Each person has to find their own way of satisfying the basic emotional needs that were laid down in the way of life of our hunter-gatherer ancestors. I think a lot of modern people’s ennui, or feelings of depression or meaninglessness, comes from the fact that although our physical and material needs are met, we are not satisfying these psychological or emotional needs of our hunter-gatherer nature.

Today, we model consuming more than making (and replacing rather than repairing). What happens if we don’t model making for our children?

Young children inherently want to use their hands. First, they learn to pick up, then
to place down, to drop, to hammer. Then they start manipulating and playing with everything they encounter. Later, they begin (often spontaneously, without being taught) to dance, sing, dress up and play make believe, perform, and so forth. When they are young, many are encouraged to make things but as they get older, making things isn’t usually considered a priority. If we don’t foster making, many children’s natural drive to do it will atrophy. In premodern societies, the infant’s and child’s pleasure in handling and then using objects evolved naturally into making them - implements, vessels, homes, regalia. Today, for many reasons, we buy things rather than make them. Although convenient, we forfeit our evolved birthright of being makers.

"At one time, making was crucial to our individual and species survival and probably still is."

I believe that using my hands to make things and generally being competent with my hands are essential to my happiness and my emotional wellness.

All makers seem to feel that way and wonder why everyone else doesn’t. Maybe everyone finds some essential thing they can do. I play the piano. My son likes to work on his car and to rehab houses. My daughter makes quilts. My grandfather was a cabinetmaker. There are people who sing all the time. They might wonder why other people don’t. I would guess that everyone has the need to make the ordinary extraordinary, to artify in some way.

I have a few friends who, when they send something in a real envelope (rare these days), artify the envelope with coloured pencils and fancy lettering, framing the address with scrolls or other designs. Artifying includes setting a table with flowers or, if you’re going to a party, wearing something special. I’ve met a lot of people, especially women, who know that their handwork is important to them on a deep level but play it down or trivialize it. Or, even worse, people around them trivialize it.

In a society that considers the arts to be something to do in your spare time, it is hard to justify doing it—especially when others consider it only a pastime, a “frill.” That’s why finding even two or three like-minded (and -handed) makers can be inspirational. Also, if it is pointed out that working for money is a very recent development, at least people might be able to see themselves as being in a line of makers and elaborators that goes back two hundred thousand years or more. At one time, making was crucial to our individual and species survival and, certainly compared to passively ingesting entertainment, probably still is. Neglecting the fundamental emotional needs of humans may result in seriously dysfunctional individuals and societies. 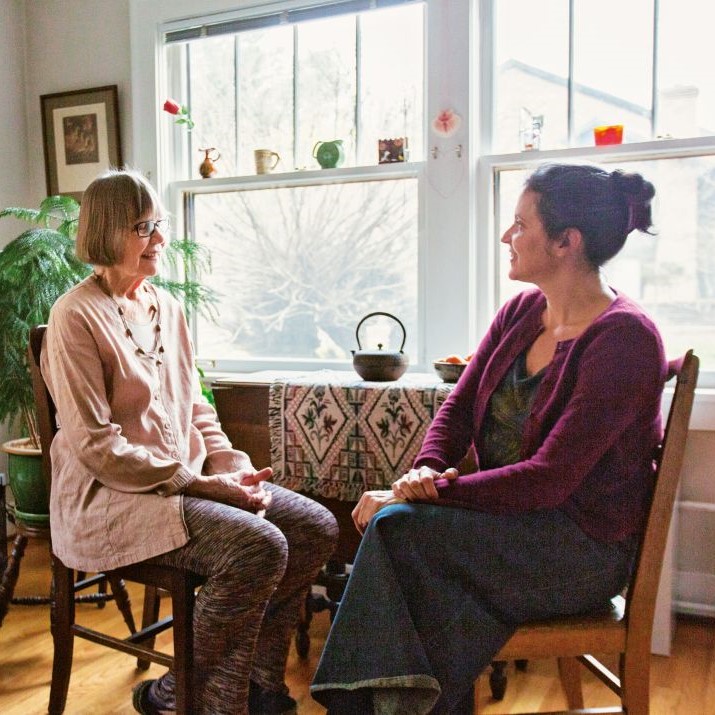 What do you think will happen if we continue to allow machines to replace our hands for so many tasks? Beyond not making our own clothes, some of us don’t even chop vegetables anymore but instead buy them precut.

Evolution works so slowly that it is hard to point out the deleterious effects of not making, since so many people seem to get along well without doing it. My own opinion is that we are neglecting at our peril what neuroscience has revealed are “right hemisphere” functions (paying attention to our surroundings, empathy, intuition, metaphor, emotional expression, aesthetic decisions and appreciation, and so forth - aspects of the arts that we have no words for because the right hemisphere lacks “propositional” or “rational” language).

We have made a world that requires “left hemisphere” skills (analysis, detachment, sequential argument) in order to survive. It sounds depressing to say that we are psychologically and emotionally really badly off, especially in modern society, because we neglect those five basic needs. We are rich in material comforts that our ancestors did not have but poor in the emotional satisfactions they had by virtue of their lifestyle. It is a big mismatch. Simply using our hands - or dancing and singing and other artifying - is not going to stop that. However, in individual lives, and in the lives of the children we raise or can influence, I think we can be aware that active making, and making special, contributes to satisfactions (fulfillment of basic emotional needs) that cannot come any other way.

Want to learn more about the incredible makers and creators who help shape our world? Why not check out our interview with The Crafty Gentleman to find out what it's like being a male artist in a female-dominated industry.