1. …to reward service and valour

British and Imperial soldiers who served in The Great War were awarded with a set of three campaign medals: the 1914-15 Star, the British War Medal and the Victory Medal. These medals, known affectionately as Pip, Squeak and Wilfred, have been faithfully recreated in miniature thanks to The Dolls House Mall. They are available framed or in a wooden presentation box. Just like the real things, the Victory Medal is bronze-coloured with a figure of Victory, the War Medal is a silver-coloured circle with a representation of King George V and the bronze Star has four points and a crown design. The Victoria Cross, the highest award for gallantry, was awarded 628 times for action in the First World War. It’s now available to display in your 1/12th scale themed home or room box to commemorate valour in battle. It comes in a mini frame and features the characteristic crimson ribbon. 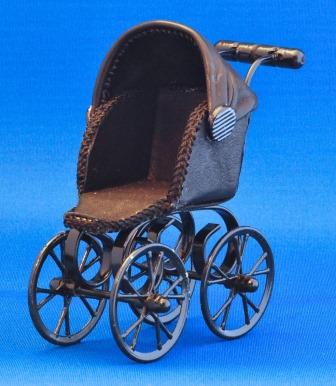 A baby carriage might seem like an unlikely essential for the period, until you take the baby boom that followed shortly after the war into account. Before the war, prams were expensive and only wealthier homes would have one. After the war, all that changed and only the poorest of households would not be able to buy a mass-produced model. Four small wheels were used for stability, in place of the two large wheels often found on prams before this time and foot brakes were added for safety. Pandora’s Box Miniatures showcases period prams and pushchairs for the 1/12th scale baby. Each model is handmade and comes with the characteristic curved metal handle, four black wheels and hood. While black versions were most likely at this time, Pandora’s Box also makes coloured models. 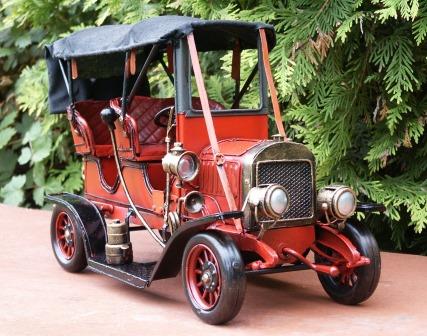 The Ford Model T was used heavily during WW1 by both British and American troops. The standard car was used as a support vehicle, while adapted versions were made for use as trucks, field ambulances and with a mounted gun. As the car was lightweight, it was well suited to rough terrain and its size meant it could carry lots of cargo or passengers. This 1908 Ford Model T is available from Literature in Miniature and comes in 1/12th scale. It has working wheels and seats for dolls in period dress. Details include a tool box, starting handle, horn and headlights. This little Ford comes in pre- or post-war red, but combat models would have been painted green. 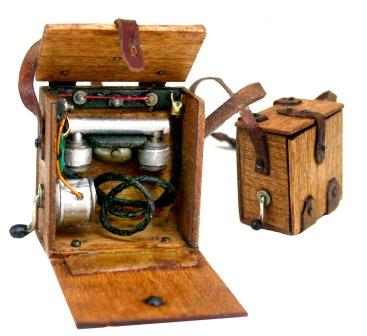 Renowned American miniaturist Aaron Cullars is probably best known for his miniature recreation of hell, but what he is less well known for is his collection of First World War inspired scale minis. These exquisite miniature versions of kit include the Enfield 1917 Rifle, a binocular field telescope and a field telephone. The Enfield was an American-made rifle based on a British design and the majority of the US forces in Europe used it. Added to this is the portable field telescope with double eye pieces on a stand and one of the first versions of a mobile phone in the form of the field telephone. This wind-up telephone was mainly used to direct troop movement.

No patriot’s home would be complete without a period atlas to chart territories and a children’s picture book explaining events. The miniature patriot can now be afforded that same luxury with Ken Blythe’s paper minis at Small Wonders Miniatures. They include The Great War Painting Book which features flags, Imperial personnel from around the globe and scenes to colour in, and a First World War Atlas from 1915 by Bernard Vernon Darbishire showing 15 pages of detailed maps from the period. 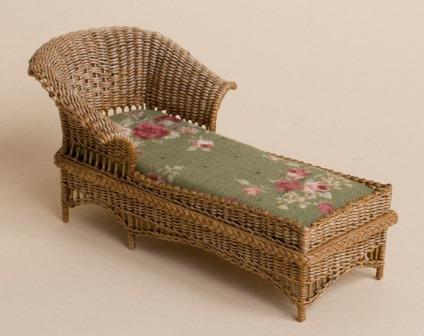 Wicker furniture became extremely popular during the Edwardian period due to its informal feel and its uncluttered appearance. During the WW1 era it was popular for different reasons: it was lightweight and easy to transport. In photographs from the era, the officer in military group shots can often be found seated on a wicker chair, whilst one post-war image shows wicker chairs used for seating in early passenger flights. The flexibility of the willow, cane or rattan fibres used for weaving wicker meant it could be easily repurposed into new forms of furniture; wicker bath-chairs, ‘spinal carriages’ and day beds were now common items of furniture for use by convalescing soldiers.
Dutch miniaturist Will Werson’s passion and skill for all things wicker is apparent. These intricately woven chairs and day beds would suit any 1/12th scale scene from the era, from a line-up for a battalion photograph to a convalescent hospital. 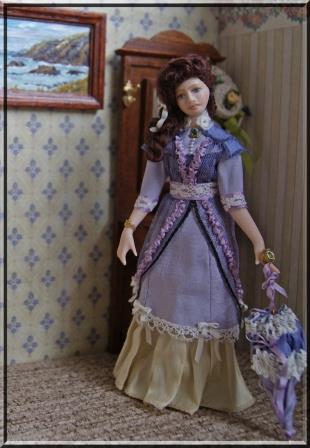 The fashion in women’s clothing at the beginning of the 1900s was for Edwardian boned collars, frilled blouses, slim skirts and sash belts. Heverbell Miniatures’ Antonia doll captures this look perfectly with her cream silk underskirt, tulle top coat with lace and detailed sash belt. The slim skirt, made by this specialist in doll kits and costumed dolls, is less ostentatious than its Victorian counterparts and is missing the cumbersome bustle. As the war wore on, this look was edited down as budget and design demanded. With more women going out to work and finances needed elsewhere, the skirt style was simplified and taken to ankle length and bulky underskirts were removed. Top coats become more reminiscent of military attire and darker, more practical colours were favoured. 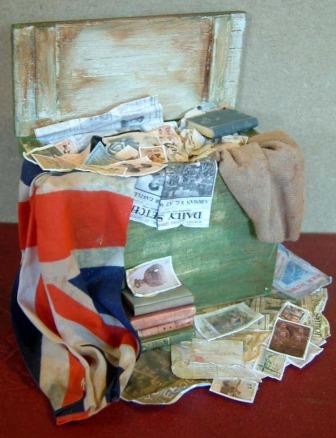 Posters, newspaper clippings, photographs and love letters, not to mention flags, uniforms and other articles of war-related memorabilia have been collected and saved for generations to mark the passing of loved ones, to commemorate historical events and to remember courtships. These poignant collections found in suitcases, blanket boxes or tea chests, whether preserved in attics or discovered in cellars, are particularly popular subjects for miniaturists. The vintage experts at KT Miniatures have created a special commemorative filled WW1 trunk. Housed in an aged wooden chest, the collection includes books, army photographs and a draped Union Flag. It also features personal letters, pages from period newspapers and an old uniform. 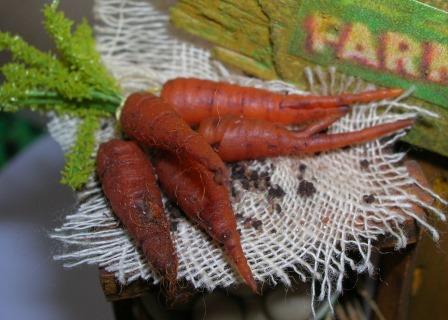 Before rationing was introduced in 1918, measures to tackle shortages in food had already been introduced. Any land which could be used for food production was converted and gardens and much unused open space was turned into fields or allotments. Chickens living in back gardens became a common sight and the humble vegetable patch was elevated into a symbol of the war effort at home. Miniature gardener and IGMA Artisan Mags Cassidy has honed the notion of ‘growing your own’ with her range of scale produce fresh from the garden or still growing in the ground. Each piece of fruit and each vegetable is handcrafted from polymer clay and available at shows around the country. Fare includes tomatoes, marrows, pumpkins, carrots and herbs; and she even makes miniature buckets of manure and garden gnomes to complete the scene. 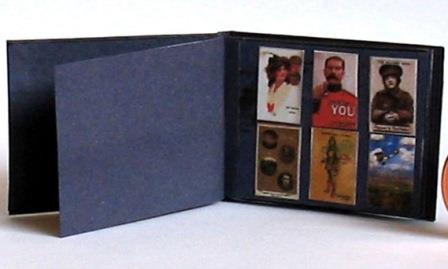 Deltiology, or the collection of postcards, was in its golden age during this time. With up to seven deliveries each day, sending these pictorial messages became the norm as a way to communicate. By 1910 the images on postcards covered every conceivable subject and people were buying them to collect in albums and to send. Once the war began subjects changed and were more military in nature. Soon propaganda art and personal military photographs were common subjects for postcard images and these were joined by hand embroidered silk postcards made by women in France and Belgium and sent home by soldiers. The antiques section at Small Wonders Miniatures features wartime postcards including a complete album of 38 individual cards promoting the war effort and a set of patriotic girls postcards in full colour, with printing on both sides.


Need more inspiration - check out our WW1 Pinterest board.


This feature was originally published in Dolls House and Miniature Scene magazine. If you like making miniatures, why not buy yourself a copy of the magazine. Or better still take out a subscription so you never miss an issue. For fans of Facebook and Twitter, or to email, print or comment on the feature, please use the buttons above to share with your friends.