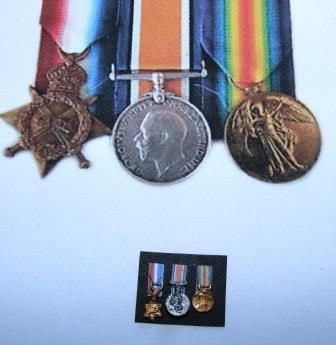 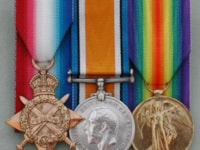 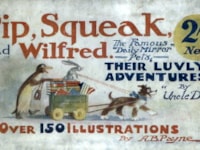 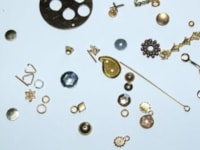 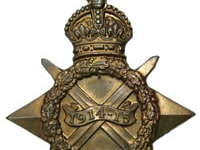 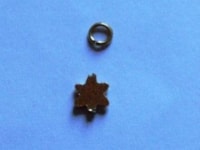 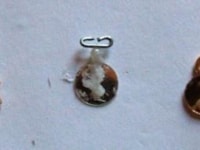 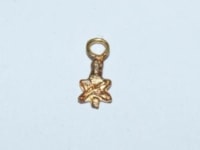 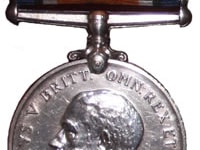 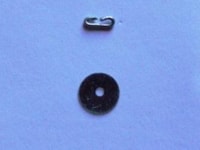 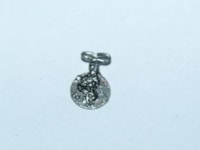 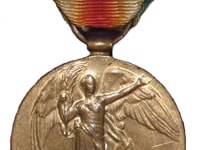 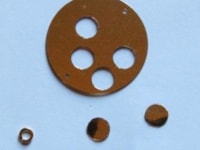 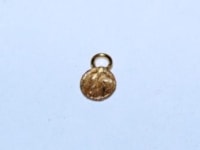 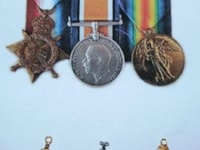 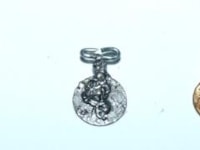 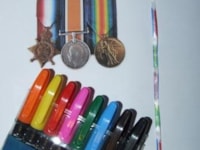 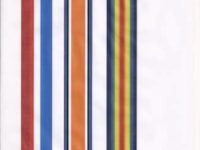 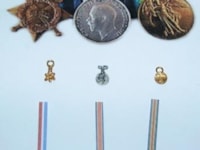 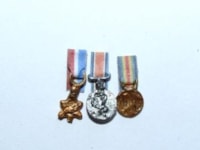 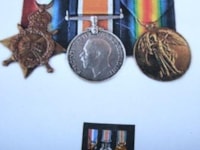 Why were the 3 World War 1 medals called Pip, Squeak and Wilfred? Find out and make your own miniature versions. ...


Pip, Squeak and Wilfred are the affectionate names given to the three WW1 campaign medals. Their official names are firstly the 1914 Star or 1914-15 Star; the second is the British War Medal, and the final one is the Victory Medal. They were worn together and in this order from left to right. The set of three medals or at least the British War Medal and the Victory Medal are the most likely medals to be found among family heirlooms.

The first medal (The Star) was only issued if the named person was in active service during 1914 to 1915; there was no conscription at the time. The other two were issued automatically at the end of the war, and they were all marked with the owner’s name. The medals in the Second World War were un-named. If the service man or woman was deceased then the family could still claim their medals. But why were they called Pip, Squeak and Wilfred? When the WW1 medals were issued in the 1920's it coincided with a popular comic strip published by the Daily Mirror newspaper. It was written by Bertram J. Lamb (Uncle Dick), and drawn by the cartoonist Austin Bowen Payne. Pip was the dog, Squeak the penguin and Wilfred the rabbit. It is believed that Payne's batman during the war had been nicknamed ‘Pip-squeak’ and this is where the idea for the names of the dog and penguin came from. For some reason the three names of the characters became associated with the three campaign medals being issued at that time to many thousands of returning servicemen, and they stuck. 
In a similar vein when only the British War Medal and Victory Medal are on display together they are sometimes known as ‘Mutt and Jeff’. I don’t know why? Perhaps you do, and can let me know.......?


At this scale, it must be said that it isn’t easy to make realistic looking medals using ordinary items you can find around the home or buy from miniature suppliers.

These medals have been reproduced using tiny jewellery findings from Tee Pee Crafts, sequins, glue and paint. Under a magnifier they are not going to exactly resemble the real medals, but for a reasonable facsimile to use in the dolls house, the jewellery findings and glue method works rather well!

I found that, for the medal ribbons, thin 4mm white ribbon is quite effective when coloured with permanent marker ; but by far the easiest was to produce a coloured picture on the computer of each ribbon in the real full size, then reduce it to 1/12th of the size using a photo package. • Take a tiny little gold star shaped jewellery finding. Mine is a flower which has been turned over as the back or flat side makes a good star shape.

• Use 2-part epoxy glue to stick on a mini gold jump ring. Allow to dry.
• The addition of a tiny no-hole bead between the star and the ring is optional, but works well to create the illusion of the crown on top of the medal.

• With PVA in a fine glue applicator bottle draw on a vague version of the crossed-swords medal detail using the pictures of the real medal as a guide.
• Allow the PVA to set, when it is hard and clear, paint the complete medal gold and set to one side.

• Use a silver sequin or if you can’t find one a gold one (or punch – see Wilfred below) for this medal and paint it later.
• Cut a tiny sliver of silver wire and using pliers bend into a squashed oval about 4mm long.

• Glue the wire shape to the top of the circle as you did with Pip and allow to dry.
• I have added a tiny no-hole bead to between the circle and the ring here too – this part is optional.
• Once again do a design on the sequin, this time a picture of the King’s head in PVA and allow to dry.

• When the glue is dry and clear, paint the whole medal silver.

• I have used a larger gold sequin and a hole punch to make the circular shape of this medal.

• Glue on the jump ring as in the other two medals and allow to set. I didn’t use a bead on this one.
• Draw the design of Victory – a lady with long frock – in PVA onto the medal surface. Use these pictures of the real medals as a guideline.

• When dry, paint this medal gold.

• Method one: Take a piece of 4mm wide white ribbon and colour with marker pens.
• Method two: Use the picture here, copy and paste into your computer and reduce until the ribbons are 4mm wide.

• Glue the ribbon together above the ring and fold each one back on itself behind the medal.

You can mount the medals on a little velvet pad, put them in a little box, place on an old soldier’s chest, or frame them up to hang on the dolls house wall....it is up to you. I have used a simple small rectangle of black card and glued the 3 medals in place.

I am fully aware that much more detailed and realistic versions of these medal sets are available in the miniature marketplace at the moment. Some are absolutely brilliantly detailed artisan made pieces with price tags that reflect the work that has gone into making them. Mine are a bit less detailed, but I hope you will all find them fun to make.

Don’t forget to let us all at DHMS see photos of your work.


Also available in this exclusive WEB only DIY series:

In the 8th and final part of this series of WW1 projects, I will be looking at Trench Art. So, if you want to join me in making miniature versions of trench art, please start collecting little metal objects like pencil and pen covers, the sort you get on makeup pencils, so that we can use these to make some Art Nouveau style trench art vases for our post-war dolls houses.

Find out how to enter the Dolls House and Miniature Scene WWI in miniature competition and check out the rules at www.dollshousemag.co.uk/WW1competition

Deep-rooted love for miniatures: an interview with Kate Esme Ünver

How to create a miniature decorative weather vane