Learn how Julie Jackson created and decorated the upper hall of Featherstone Hall Hotel as we continue the series of this magnificent Georgian dolls house...

Hallways are versatile – they can help establish what's going on in a room beyond, and if you're lucky enough to have larger hallways in your dolls house, they can take on a story of their own... 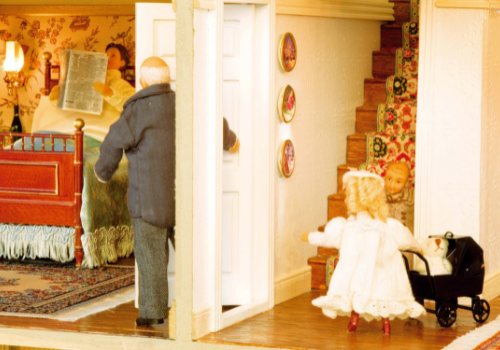 The upper hall of Featherstone Hall Hotel provides ample room for plenty of activity. From the left, the grandfather is standing in the open doorway of the Toile Room and beside him are his grandchildren. Richard sits on the stairs beside his ball and Phoebe is taking her bear, Henry, out in the pram.

At the top of the stairs up from the grand hall below, is an additional window with a demi-lune table and potted plant. Julie’s favourite naughty dog, Bertie, stops this area looking too static and adds to the drama. Mary, his owner, is trying to stop the inevitable puddle! 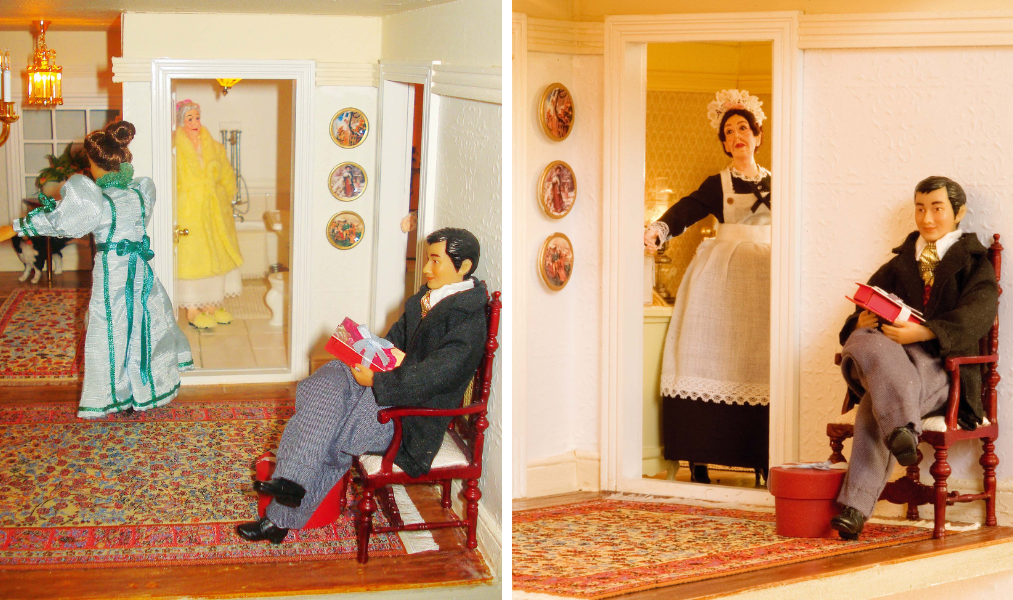 As there's a shared bathroom in the upper hallway, this establishes that the rooms are less expensive than those on the floor below. It's about to be vacated by Mrs. Ainsworthy, complete with bathrobe, curlers and slippers. Just outside the bathroom Mr. Gervais Bedford sits with gifts for Amy Helpstone, occupant of the Lemon Room, and calmly watches the chaos in front of him, while he wonders if she'll say yes to his proposal.

To create this space, an extra window was cut in the centre of the back wall. As the stairs were on the left-hand side, a bathroom was planned out on the right.

The bathroom suite is made from a plastic Chrysonbon kit. The kit comprises of a bath, washbasin, toilet, over-bath shower, radiator and stool so is excellent value for money, and the detail is very good. 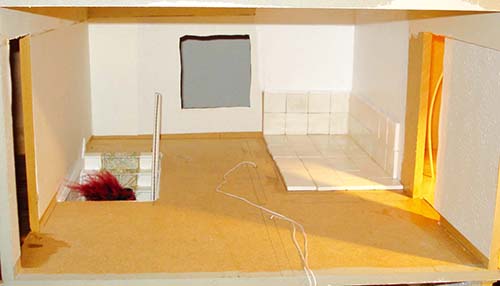 The partition wall was marked on the floor before painting walls and ceiling white. The floor is made up of adhesive floor tiles, which go up the wall by two courses, too. Once laid they were given a couple of coats of dilute PVA. 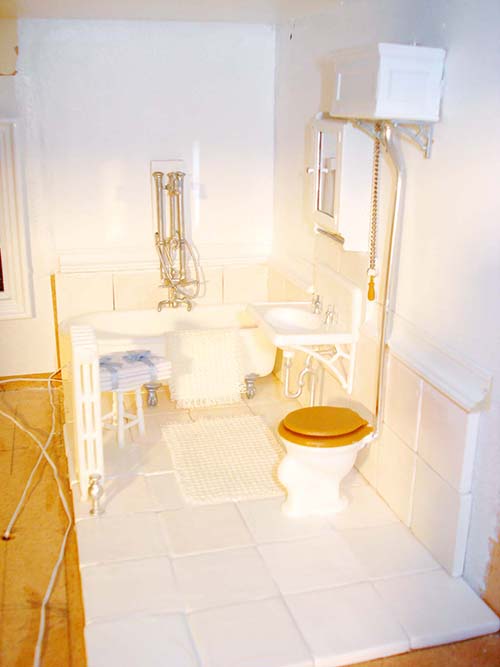 The bathroom kit was made up and installed with accessories and the side partition wall was added. 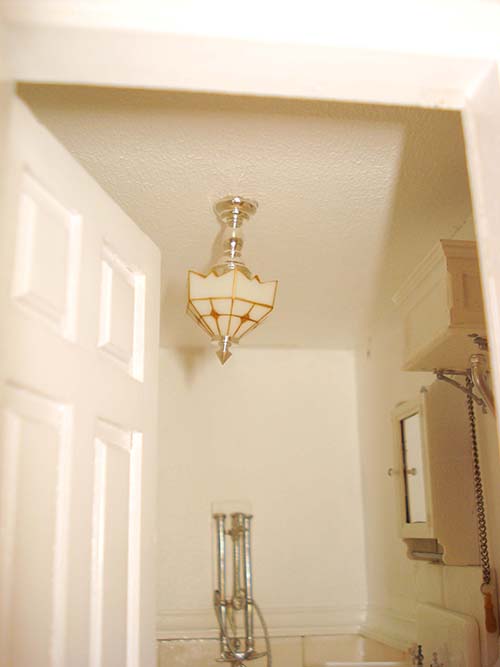 The bathroom light is a table lamp turned upside down. The rest of the hall was painted and the front wall of the bathroom with an open door was added. This was followed by adding the flooring from the front of the house up to the stairwell and bathroom door.

Love exploring history in miniature form? Dolls House & Miniature Scene magazine is packed with projects to inspire from a wide range of eras – there’s something for all tastes and interests! Check out the print and digital subscription offers. 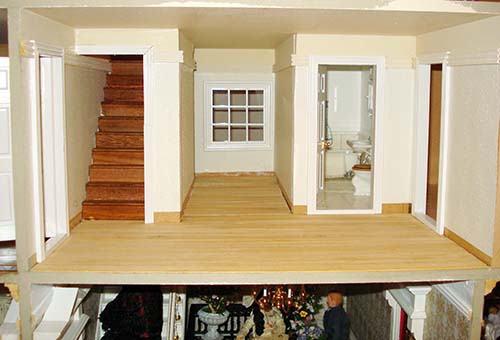 The flight of stairs were then stained and varnished and glued into position. These stairs were boxed in which mirrored the bathroom on the other side. The stair partition wall created a passage down to the window and top of the staircase from the floor below. Then the flooring was extended backwards down this strip. All the flooring was stained, varnished and skirtings added. The space was dressed with a stair carpet, hall runner and large rug all spray glued in position. Pictures, decorative plates in the bathroom, a demi-lune table at the end with a plant finished the decoration. 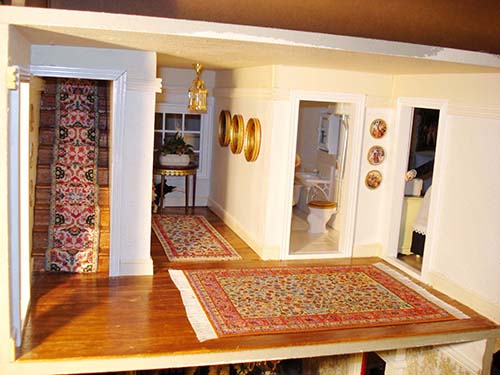 Go back to part 15 where Julie decorates the Lemon Room, or continue the series where Julie turns her attention to the Thistlemere Room in part 17.