Bathrooms through the ages - Art Deco Style in Miniature 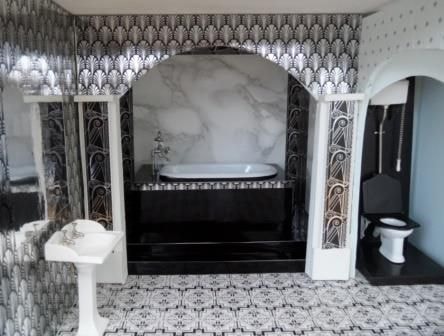 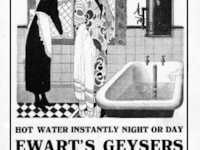 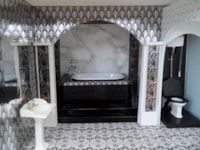 Pat Davies of Lili-Anne Miniatures looks at the bathrooms of the 1920s and 30s giving us inspiration for an Art Deco miniature dolls house ...

The decade before the 1920s & 30s was one of change, the spread of industrialisation was beginning to give hope to the many poor, still struggling to stay healthy and alive. There was beginning to be a glimmer of hope for better living conditions but the huge divide between the classes remained. More jobs were being created with better pay, which in turn was helping to improve the living accommodation of many, if only by adding a few creature comforts to their existence and a better diet. It was now widely known that the filthy conditions people had been enduring had been one of the main causes of the many diseases that wiped out large numbers of the population.

The shared privy still remained a common feature in the back yard but at least more abodes were beginning to experience the luxury of piped, clean water. Designated bathrooms were still a distant luxury.

Then came the outbreak of war. All the hopes and dreams of a better life that the masses were beginning to strive for must have been shattered almost over-night. I cannot imagine the desperation families must have felt. My mother was born three or four months after my grandfather went to war. They had a small two up, two down terrace house with a tiny back yard and one tap in an outhouse. This is where the whole family performed all their ablutions (nine children in total). No bathroom, no electricity, gas mantels for lighting and a cooking range which was the only form of heating.

By the time the war ended, jobs and living standards began to shoot ahead (although it still remained a tough time for the vast majority). There was a huge house building boom with the developers building estates on the outskirts of towns and cities, creating the ‘suburbs’. These were built with an extra room to be used and equipped as a bathroom.

For the early part of the 20s, styles reminiscent of previous periods like mock-Tudor, Georgian and cottage styles were very popular. During the early part of the decade, fixtures were white and corresponding colours for the interior of the room tended to be on a pale pastel theme. As the end of the 20s approached and technology grew, so did the ability to produce more vibrant colours. Interior designers began experimenting and producing lively colour combinations. The manufacturers of bathroom fittings, who up until now had only produced in white, were offering coloured fixtures ranging from pastels to a vibrant black.

The stand-alone, roll-top bath was being replaced with square-edged designs to fit better into corners.  It also became popular to fit the bath into a purpose built recess with the bath sitting on a raised platform. If space permitted the W.C. would be concealed behind a jutting wall or in an alcove. The water would have been heated with the now popular and improved ‘Geyser’, Ewart’s gas water heater (an earlier version of the ‘Ascot’ heater). 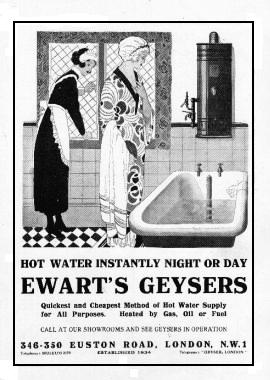 During the 20s there was also a surge of council homes being built, giving people the opportunity to rent a home of their own with all mod-cons - bathrooms, plumbing, clean water, gardens etc. It’s astonishing really how slow changing attitudes towards personal hygiene, cleanliness and waste disposal came about… until the explosion of change that took place during the 1920s & 30s.

Although slow, things were certainly beginning to change. Landlords were starting to offer their tenants clean piped water. It was also at around this time that the Co-operative was formed,  enabling families to afford better diets and household necessities. All this of course encouraged better health, life was on the up… until the end of the 30s and WW2. But that’s for the next instalment…

If you would like to make your own Art Deco styled bathtub as in the picture below, please click here for instructions. 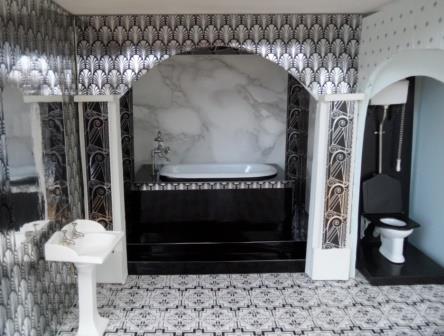 We talk to our contributors!