Jane Harrop takes a look at animal-themed toys through the ages...

Crude models of animals often made from clay or carved wood date back to ancient times and were at first made with religious significance to ward off evil spirits or as a talisman. As time went by they were found to amuse children and animal toys remain one of the most appealing playthings to both boys and girls.

As one of the only means of transport for centuries the horse has the longest ancestry as an animal toy and has been made in many forms, the most popular of course being the rocking horse first made in Germany at the beginning of the seventeenth century with the rocking motion based on the cradle. Early designs were crude and unadorned and were simply made with semi-circles of wood for sides, a block of wood for the seat and a carved head. By the end of the eighteenth century, legs began to be painted onto the boards and eventually the waste between was cut away and the semi-circles replaced with bow-shaped rockers. 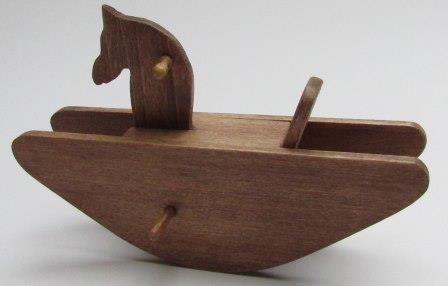 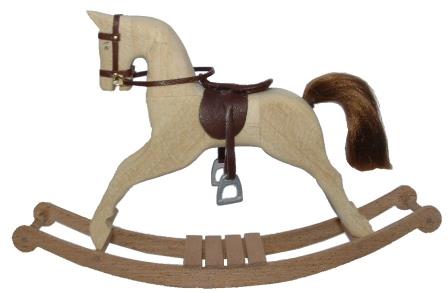 This feature was originally published in Dolls House and Miniature Scene magazine. If you like making miniatures, why not treat yourself to a copy of the magazine? Or better still take out a subscription so you never miss an issue!

English rocking horses with their classical carved bodies and sculpted heads evolved during the eighteenth and nineteenth centuries. Fine facial features, delicate dappling, a mane and tail made from real horse hair, and a saddle and bridle made from leather, meant they were a luxury and only available to the very wealthy. Early English rocking horses were supported on bow-shaped rockers and in 1880 a safer rocking platform was introduced for over-enthusiastic children and allowed the horse to gently swing backwards and forwards on a fixed stand.

The most affordable sit-on horse is the hobby horse, a simple stick with a crude shaped horse's head attached and was the forerunner of the rocking horse, with records dating back to the fourteenth century. 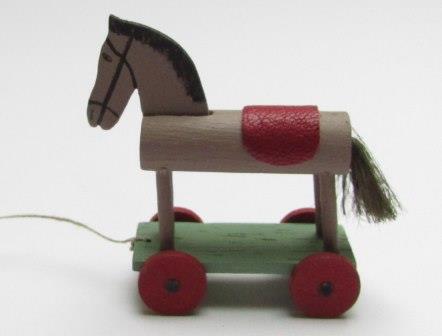 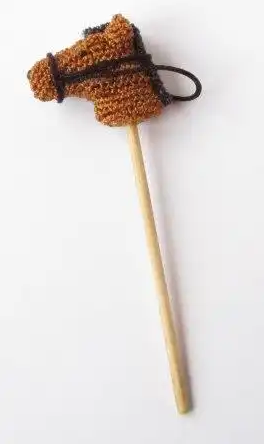 Pull along horse on wheels & hobby Horse by Jane Harrop

Since the Edwardian era, a child’s most favoured companion has to be the teddy bear. There is some dispute to its origin but it is thought Margaret Steiff’s nephew suggested bears as another idea for soft toy manufacture after drawings he had made at a local zoo. The name ‘teddy bear’ came from the American president Teddy Roosevelt who appeared in a cartoon in the Washington post refusing to shoot a bear cub whilst on a hunt in 1902. 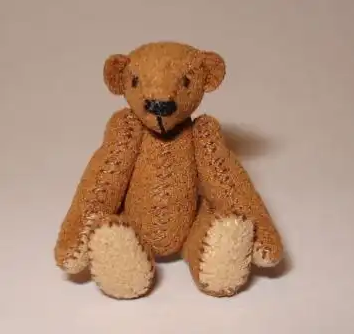 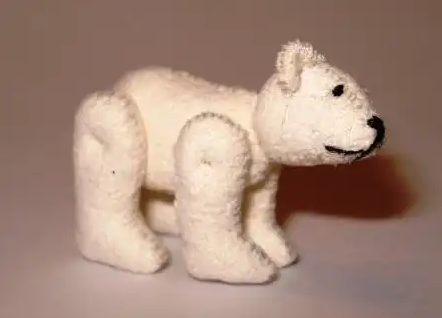 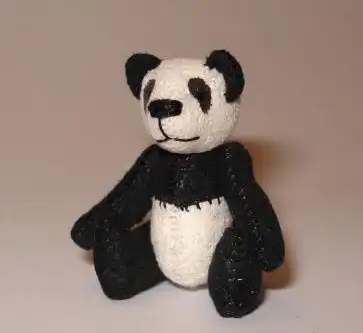 Steiff bears became extremely popular and were exported around the world. Early bears were characterised by their long pointed snouts, long arms and exaggerated back humps. Limbs were jointed and some bears fitted with growlers. It wasn’t until the 1920s and 30s that their shape changed with less pronounced muzzles, shorter limbs and no back hump.

Children of all ages have enjoyed visits to the circus and animal toys, recreating the experience, provides happy memories. These circus animal toys have been made by Sandra from Tower House Dolls and are based on the McLoughlin Bros book of circus scenes and beautifully recreated in her own unique style. 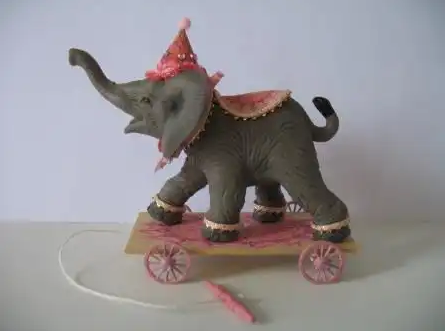 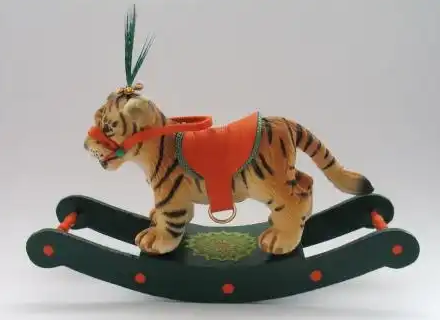 Similarly visits to the zoo have captured a child’s imagination and Sandra from Tower House Dolls has an old toy catalogue from the late 1800s which shows all manner of zoo animals in various guises – pull along, push along, rocking, ride-on, wheeled, pulling carts, etc., and is the reason she made this rocking zebra. 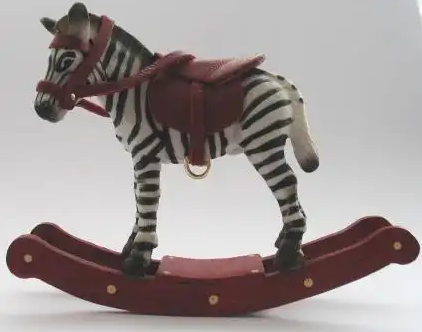 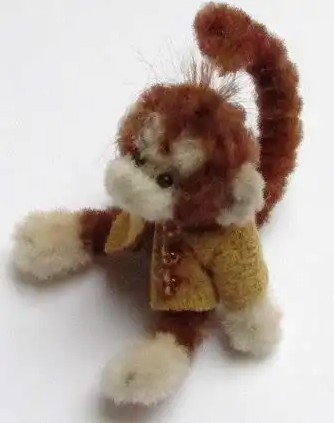 Many children have enjoyed dressing their teddy bears and outfits have often been home-made. Jill Rothwell from Nursery Knits likes her little creations to be anthropomorphic as it appeals to her sense of whimsy and thinks their outfits help to define their characters. I have to say I agree looking at these lovely three dressed, knitted teddy bears. Sue Wilkes from Shoe Button Bears has dressed her little teddy bear in its Sunday best outfit. 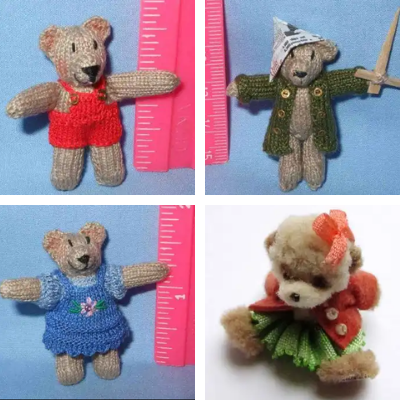 Mass-produced soft toys and teddy bears during the twentieth century have often been based on characters from books, films or television shows. Sally from Sally Reader Miniatures has replicated these in miniature beautifully and was inspired to make them from happy childhood memories. As a teenager she would have loved a Paddington bear but she says they were too expensive and she was too old. She told me that it is a well-known fact that the boots were an addition so that the toy would stand up. 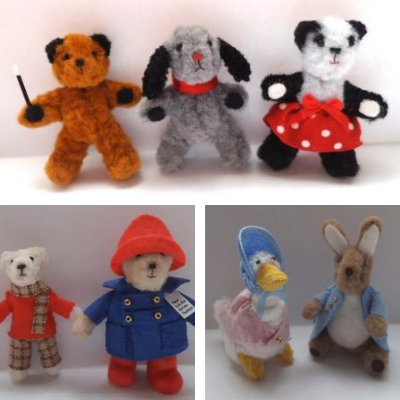 Next, learn how to make your very own miniature hobby horse, like the one pictured above!