Learn a brief history of white feathers in the First World War, plus try a miniature project for the WW1 era dolls house...

By 1915 the total available number of men of military age was 5.5 million – many of these had enlisted already, and at least 1.5 million men were in reserved occupations. Of the rest, the recruiters had uncovered the dismaying fact that almost two in every five volunteers were entirely unsuitable for military service on the grounds of health.

Up to this point the government had avoided conscription, but in 1915 a National Registration Act revealed the number of men still available and they were targeted in a number of ways. The skills of advertising were brought to bear with posters, public meetings, tales of German atrocities, and the threat of shame. The government even resorted to door-to-door visits to gather men to 'attest' to serve if needed, with a promise that bachelors would be called up before married men.

Back in August 1914 Admiral Charles Fitzgerald founded the Order of the White Feather. The organization aimed to shame men into enlisting in the British Army by persuading women to present them with a white feather if they were not wearing a uniform. This was joined by prominent feminists and suffragettes of the time, who gave white feathers in the streets to men who appeared to be of military age to shame them into service. 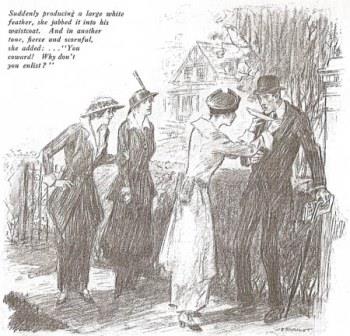 So effective was the white feather campaign that civil servants, veterans and even soldiers who were home on leave could find themselves presented with feathers and even assaulted in the street if not in uniform. This prompted the home secretary to issue a Silver War Badge which read ‘King and Country’ to all men who were not eligible or had been honorably discharged.

Perhaps the most ironic use of a white feather was one was presented to Seaman George Samson – he'd been awarded the Victoria Cross for gallantry at Gallipolli, and was making his way in civilian clothes to a public reception in his honor.  The writer Compton Mackenzie, then a serving soldier, complained about the activities of the Order of the White Feather, and argued that “these idiotic young women were using white feathers to get rid of boyfriends of whom they were tired”. The pacifist Fenner Brockway claimed that he received so many white feathers he had enough to make a fan! 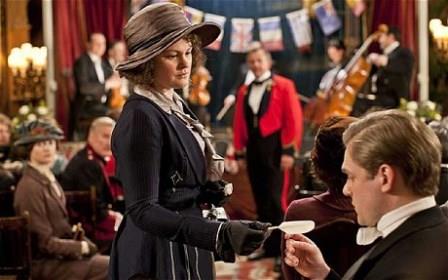 A scene from the blockbuster Downton Abbey.

It's now spring 1915, and for this miniature project, the lady of the house has put aside her suffragette tendencies for the duration of the war. She's left her clutch bag with the tell-tale purple and green colours of the suffragette movement on the kitchen table whilst she collects the white goose feathers saved for her from the Christmas goose by cook. She believes it's her duty as an Englishwoman to go out into the streets and hand out the feathers to all young men not in uniform. 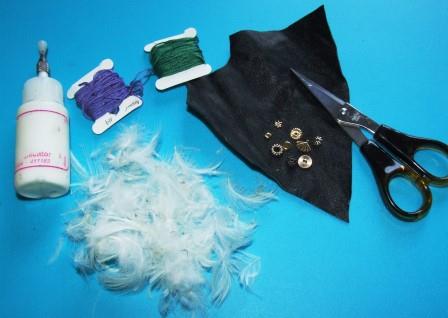 1. Plait or twist together a length of purple and green embroidery threads about 4in long. 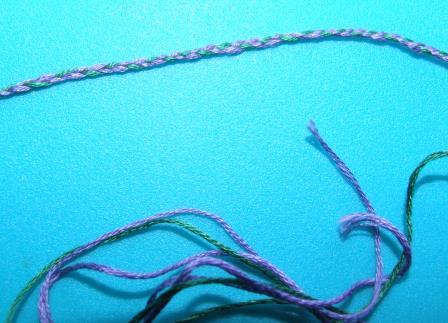 2. Prepare a shallow dish or saucer with PVA/Tacky glue mixed with a small amount of water to a thin paste. Draw the purple and green rope through the gluey water soaking the threads, squeeze out the excess and allow to dry (on a radiator is good). Keep the gluey water to use in step 3 below. 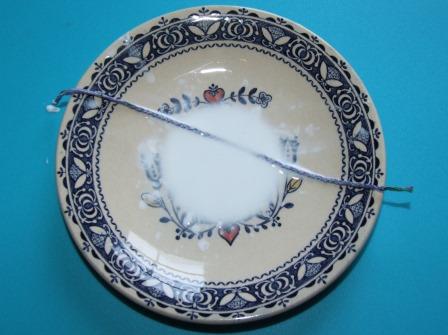 3. This is the messy bit! Take several small white feathers (you could find from inside a pillow), and draw through the glue and water mixture. Draw through your finger and thumb to squeeze out the excess glue and form into neat smooth feather shapes. Spread them out to dry on a plastic mat or cling film. Don’t worry if they look too big, they'll be trimmed later. 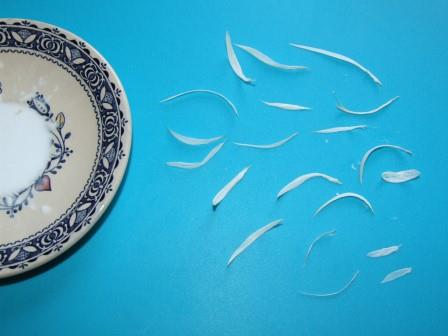 LOVE exploring history in miniature form? Dolls House & Miniature Scene magazine is for you – packed with step-by-step projects, techniques, seasonal inspiration and ideas from across the eras, expert interviews and so much more! Explore the print and digital subscription offers today. 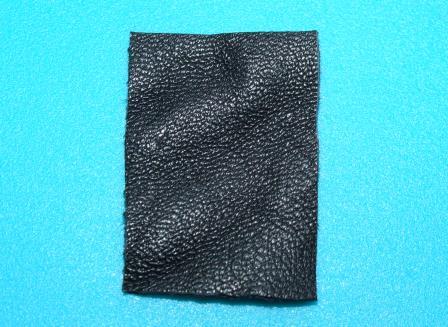 5. Fold up the bottom to about ½in and with tacky glue, stick each side together to form the body of the bag. 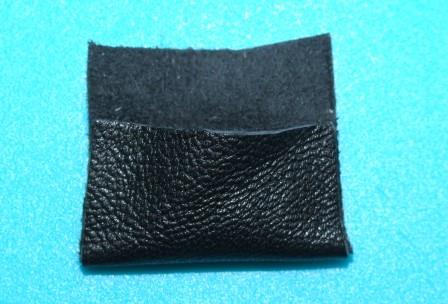 6. With your sharpest scissors carefully curve the corners of the top edge. 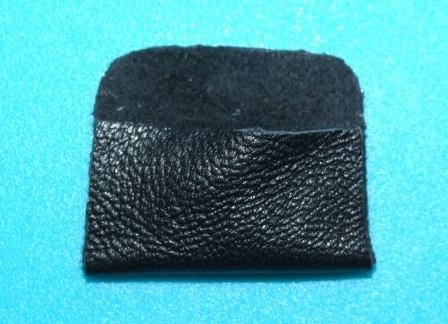 7. Remove the plaited handle/trim from the radiator where it's become nice and dry and fairly stiff, but still flexible enough to use. Clip to size and glue around the bag. The glue from Step 2 will stop the plait or twist from unravelling. If you prefer to have a ‘clutch’ bag, then only use the trim up each side. 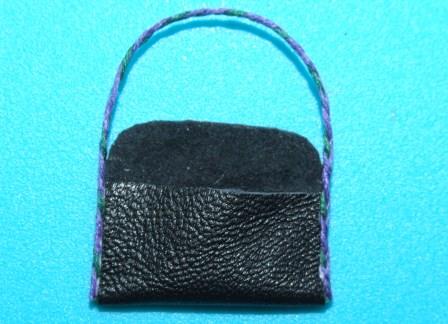 8. Choose a small bead or jewellery finding that looks right for the style and era of bag. Fold the top down and glue the clasp centrally on the top flap so it sits half on the flap and half on the front of the bag. It must only be glued to the flap so the bag will open. 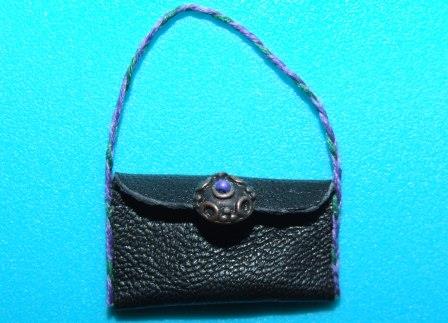 9. The feathers are supposed to resemble goose feathers which are hard and strong, so once they're dry and stiff, take some small sharp scissors and cut to shape. Each feather should be about ½in long which would be about 6in long in real life. 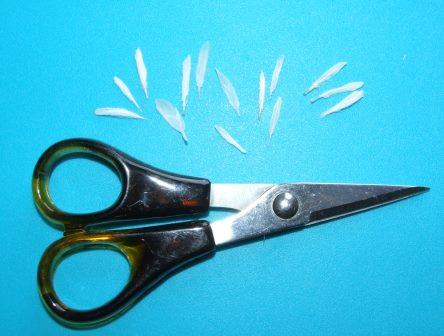 10. Place the prepared feathers into the bag, or arrange on a kitchen table ready for the outing to present to ‘cowards’ in the streets. 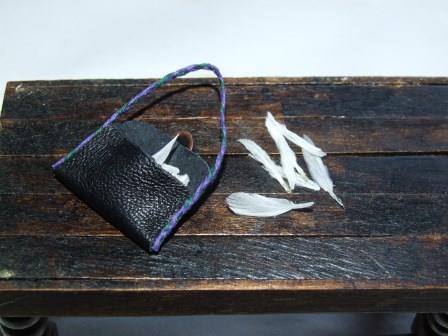 This is a very simple and easy project, but little accessories like this in the dolls house tell a story and set the scene.

Continue our WW1 miniatures series, where you can make a miniature first aid kit, gas mask, trench art and more!