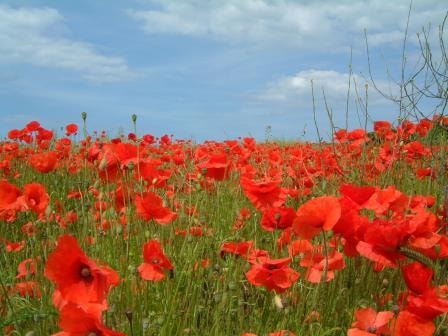 What is the significance of the poppy? Learn more about this history of WW1 and make your own miniature poppies with this easy-to-follow tutorial...

The significance of the poppy

It's a well-known fact that poppies grew in the battlefields of Flanders, but why did this vibrant red flower become such a potent symbol of our remembrance of the sacrifices made in past wars?

Scarlet corn poppies (popaver rhoeas) grow naturally in conditions of disturbed earth throughout Western Europe. The destruction brought by the Napoleonic wars of the early 19th Century transformed bare land into fields of blood red poppies, growing around the bodies of the fallen soldiers.

In late 1914, the fields of Northern France and Flanders were once again ripped open as the First World War raged through Europe's heart. Once the conflict was over, the poppy was one of the only plants to grow on the otherwise barren battlefields.

The significance of the poppy as a lasting memorial symbol to the fallen was realised by the Canadian surgeon, John McCrae in his poem 'In Flanders Fields'. The poppy came to represent the immeasurable sacrifice made by his comrades and quickly became a lasting memorial to those who died in WW1 and later conflicts. It was adopted by The Royal British Legion as the symbol for their Poppy Appeal in aid of those serving in the British Armed Forces, after its formation in 1921. 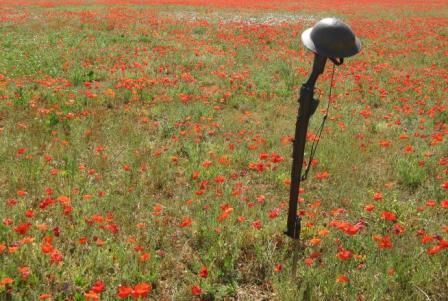 Love exploring history in miniature form? Dolls House & Miniature Scene magazine is packed with projects to inspire from a wide range of eras- there's something for all tastes and interests!

How to make miniature poppies

This tutorial will show you how to make a poignant miniature version of a vase of poppies to sit next to the photo of your beloved husband or son who died fighting for his country in France.

1. Cut the wire into manageable lengths of about 2.5 to 3in long. 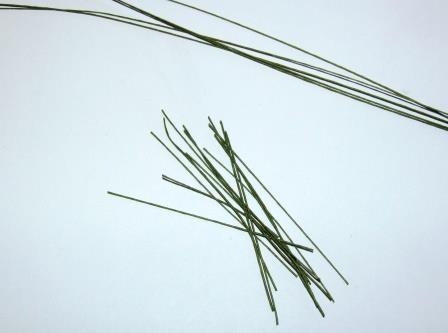 2. Glue one tiny bead to the end of each stalk and leave to dry. If you can, stick these onto a block of clay or Play Dough while they dry. 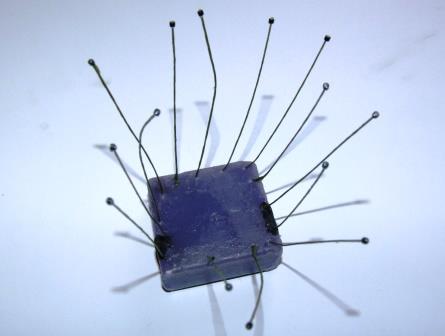 3. Dip the bead at the end of each stem into PVA glue and then into black powder or flock. Tap off the excess and return the stems to the clay block whilst the glue dries again. This part is optional, as it's absolutely fine to just have the black bead on its own. 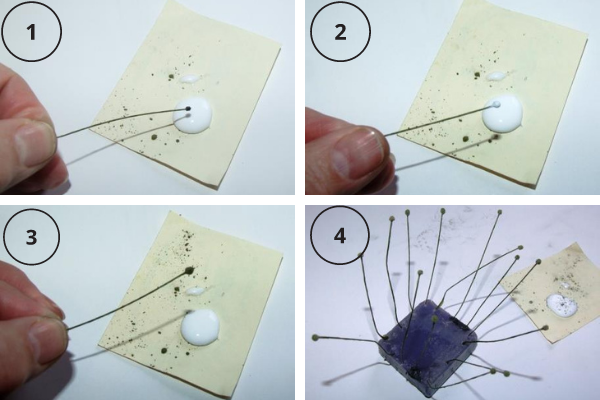 4. While the above is drying, take a normal hole punch and remove all the old punched out bits from the reservoir. Take the red paper (unravelled florist's paper ribbon was used in this tutorial) and fold over several times. Insert into the punch and punch out as many petals as you like. Empty the punch's reservoir of the red petals. 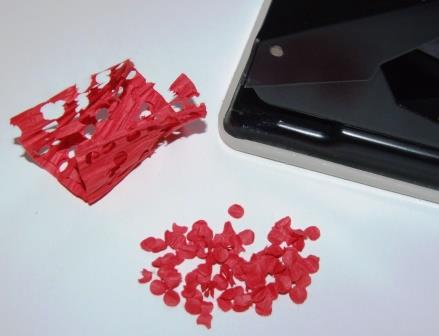 5. If you have used crinkly paper or crepe paper, then you won't need to shape the petals, as they will already be fairly realistic. If your red paper was flat, then you can shape the petals using a ball stylus on a mouse mat or piece of foam. Look at pictures of real poppies to see how wayward and floppy the petals really are. 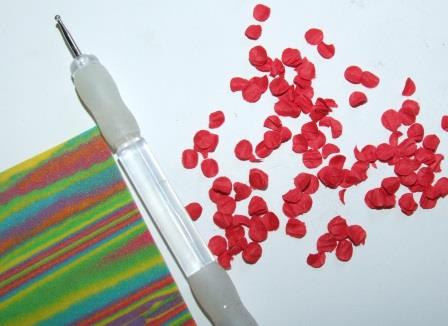 6. Using tweezers, dip the edge of a petal in PVA tacky glue and place on the stem under the black centre. Place a second petal opposite this first one. Replace in the clay block for the glue to dry. Repeat for all the stems.

7. Add two further petals to the back and in between the first two petals. Allow them to flop and drop as real poppies do. Leave in the clay block to dry thoroughly. The white PVA tacky glue will become completely clear when the glue is dry.

8. Trim the stems to a suitable length and bend naturalistically before arranging in a vase. One thing to remember is that real poppies don't last at all well once picked and will quickly wilt and drop, so save a couple of petals to put around the base of the vase for realism. 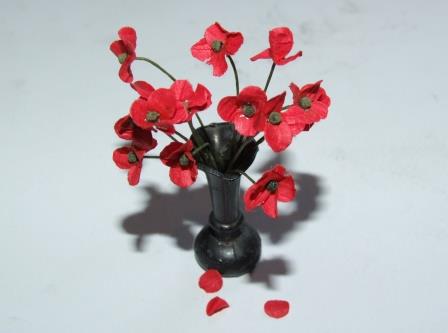 To make the display more poignant, place beside a photograph of a First World War soldier in his military uniform. Why not look up old family pictures of your own, as there is bound to be a WW1 soldier or sailor somewhere in your family albums, and this would add that special personal touch if miniaturised and placed in your dolls house.

A-Z of miniatures crafts: I for inlay