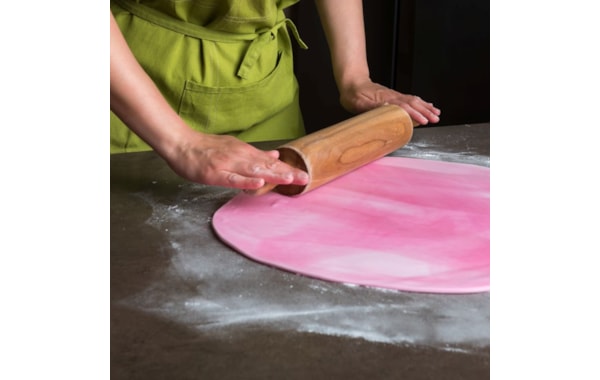 What do cake decorating and pillows have in common? Yes, there is a connection! We love a good bit of history, so when it involves the history of cake, it really whets our appetite and makes us hungry for more! So, we’ve taken a look at the fascinating history of cake decorating and wanted to share our discoveries with you! Read on to find out how we’ve progressed from simple moulded almond paste shapes to vast towers of cake craft mastery. Don’t panic, we’ve got the answer to the cake and pillow riddle as well!

Where did it all begin?

As often happens when looking at history, it can be difficult to pinpoint precisely where the history of cake decorating officially began. It is believed that in ancient Egypt, the Babylonians taught the Egyptians the art of baking. Indeed, a painted panel from around 1175 BCE displays the court bakery of Ramesses III and depicts the preparation of a variety of cakes and bread. These is also evidence of the use of sugar in baking to sweeten Egyptian makes, with indications of confectionary on sale in Egypt around 700 BCE. 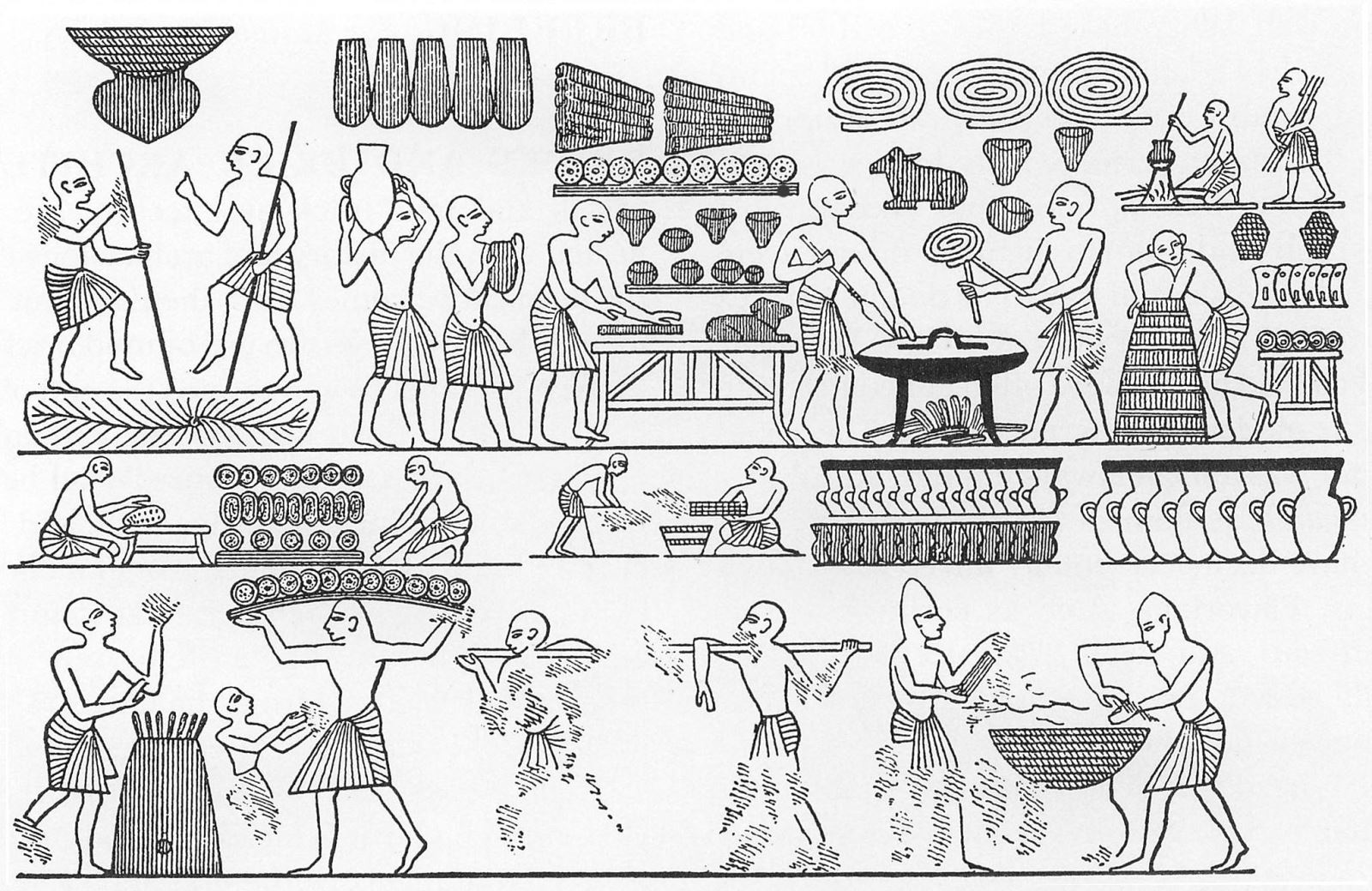 Cake decorating is now used for a whole host of occasions; birthdays, Christenings, anniversaries, Christmas, even divorces! Wedding cakes, for example, have a particularly special historical story to tell. In ancient Rome, a small and simple fruit cake would be made. While basic, the ingredients had a great deal of meaning to the Roman people, as they included rich fruits, nuts and honey, traditional ingredients that were thought to appease the Gods. At an ancient Roman wedding, this cake would be crumbled over the bride’s head to ensure prosperity and blessing of abundance upon the bride from the Gods. Guests would then be able to pick up the crumbs and take them home, hoping to take some of the good luck bestowed upon the bride into their own lives. This tradition still exists in some cultures today and is known as ‘crowning the bride’.

Julius Caesar brought this tradition to Britain in around 54 BCE. However, in Britain especially, this practice was only really feasible for the wealthy. Poorer families would instead scatter grains of corn or wheat over the bride to encourage prosperity. Around 200 years ago, this tradition was developed and split into two parts. The poorer traditions of throwing grains over the bride was widely adopted, with rice or confetti thrown over the bride to encourage the same prosperity as the original cake crumbs, then each guest can take home a slice of cake to bring the good luck with them.

Fun fact! Unmarried girls who took home a slice of cake when this tradition first began were encouraged to sleep with the piece of cake under their pillow to induce dreams of future husbands! We can't imagine this included dreams of helping them find things that have been in front of them the whole time...

The development of wedding cakes into multi-tiered spectaculars has developed in around the past century. Initially, only the wealthy could afford cakes with more than one layer, with those not so financially fortunate using vases and wooden stands to add height to the cake display. Three tiers soon became traditional, with each tier representing the engagement, wedding and eternity rings. This was particularly popular with image-conscious middle-classes, focused on style over substance, with little consideration for the potential amount of cake leftover. This then became a new tradition, with a tier leftover to keep for around 12 months, to present at the presumed upcoming christening of the married couple’s child.

The current custom of bride and groom cutting the cake together began in the 1930s, as wedding cakes were encased in several layers of hard icing, so grooms would ‘help’ the bride to cut through the layers with a sword or knife. The decorations would sometimes include horseshoes for good luck and miniature bridal shoes to indicate the ‘giving away’ of the bride as a possession from father to husband… needless to say that’s one tradition we’re glad hasn’t lasted! 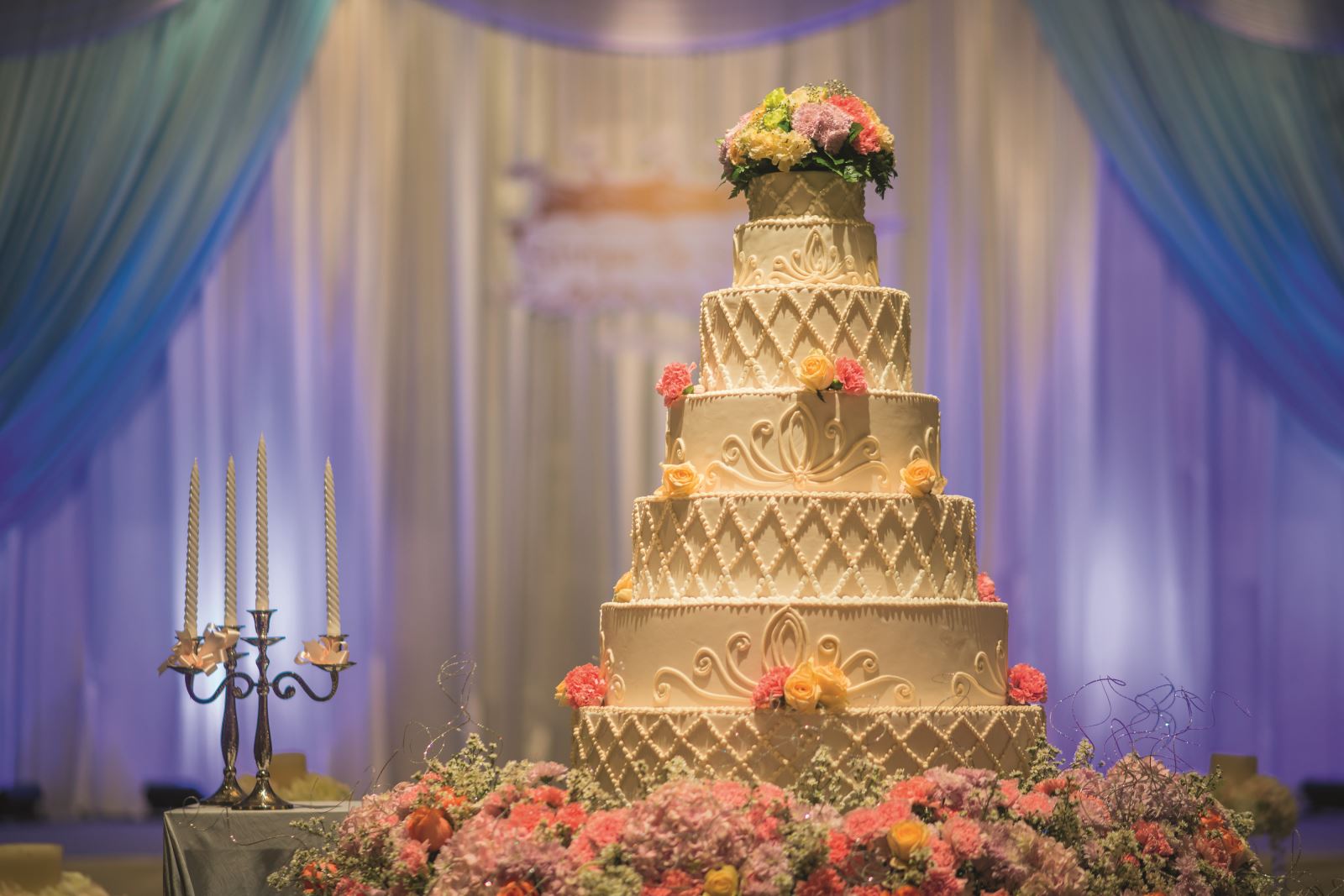 Whilst the tradition of simple cakes at weddings continued for quite some time, sweet and decorated cakes first appeared in Britain in the 16th Century. During the reign of Queen Elizabeth I, Royal banquets became increasingly extravagant, as flourishing exploration around the globe allowed for incredible new culinary techniques, ingredients and inspiration to be brought back to British tables. First adornded with moulded almond paste, sweet banquet treats then became more gimmicky, with sweetmeats served in dishes formed from pastilliage, an early form of sugarpaste. The first recipe for sugarpaste was published in 1609 in a book entitled Delightes for Ladies, written by Sir Hugh Plat with ‘helpful’ housekeeping tips and recipes specially for women (eye-rolls all around!). This paste was made from fine white sugar, starch and gum tragacanth (a plant with medicinal properties, obtained from the dried sap of multiple species of Middle Eastern legumes), then coloured and flavoured using crushed flowers.

From Basic to Beautiful

A key development in the history of cake decorating in Britain was in the 17th century, when Charles II returned to Britain after his exile in France, bringing with him both a passion for French cooking and his favourite French pastry chefs. These trained chefs took one look at the bland, moulded almond shapes and lifeless cakes and set about teaching the British cake makers how to make their bakes more appealing to the eye. They proposed icing cakes with a ‘crust’ of sugar, then adoring the bakes with ‘trinkets’.

This revolutionary idea spread quickly across Europe in the 18th century, with great European chefs from all walks of life competing to create more indulgent and spectacular ‘trinkets’, or cake decorations. The competition was fierce, with the praise and recognition from monarchies across the continent at stake. Desperate to create cake decorations fit for a king’s table, Italy was the first country to undertake sugarcraft, with Italian chef Giovanni Lorenzo Bernini using sugar to create works of art for special occasions. 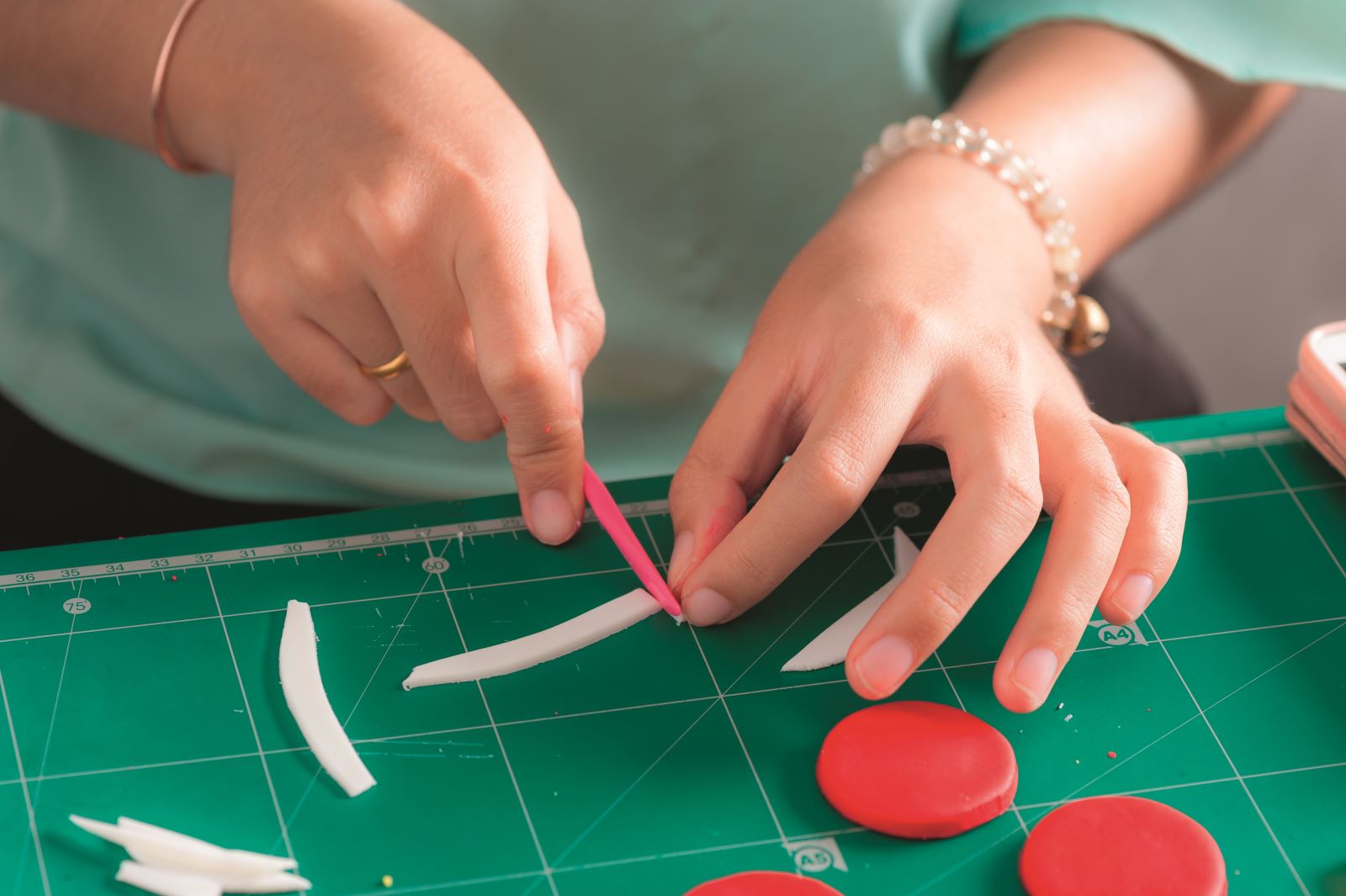 In the late 18th century, a British housekeeper published a book called The Experienced English Housekeeper (1769). Mrs Elizabeth Raffald was a highly-respected housekeeper, working for many notable families over the years. Once married, she moved to Manchester with her husband and opened a confectionary shop. She published her book and sold the rights to her publisher for £1400 in 1773 (equivalent to around £175,000 in today’s money!). The Experienced English Housekeeper contains an incredible 900 recipes spanning soups, meat and fish, boiled puddings, drinks, pickles, preserves, even barbeque recipes! However, the most important element of this book in the history of cake decorating was the inclusion of the first known recipe for a wedding cake covered in marzipan and royal icing. 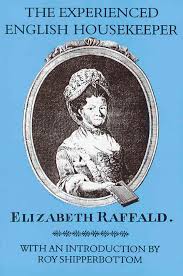 Into the 19th century, confectionary really took hold as a true art form. Confectioners such as Antoine Carème were well-renowned at this time, with his book Patisserie Royal full of illustrations exemplifying his use of pastilliage to structure tall and extravagant cakes. He was significantly inspired by architecture and architectural drawings, indeed noting the similarities between confectionary work and architecture.

The inter-war period was a quiet one in the history of cake decorating, with intensive sugar rationing in the UK and less consciousness around expensive aesthetics reduced the interest in pioneering new decorating techniques.

Fun fact! Those who wished to maintain their high-standard decorating skills would use mashed potato to practice piping!

Cake decorators during this time did continue to use royal icing, with one of the greatest cake craftsmen of the time, Ronnie Rock, grinding his own icing sugar to create a magnificent piece for his first post-war exhibition in 1946. This creation is still displayed in London’s National Bakery School.

In more recent years, cake artists have taken inspiration from across the craft world to bring together the plethora of cake decorating techniques we see today. Soft sugarpaste icing became popular and needlework techniques such as ribbonwork were utilised by cake decorators. 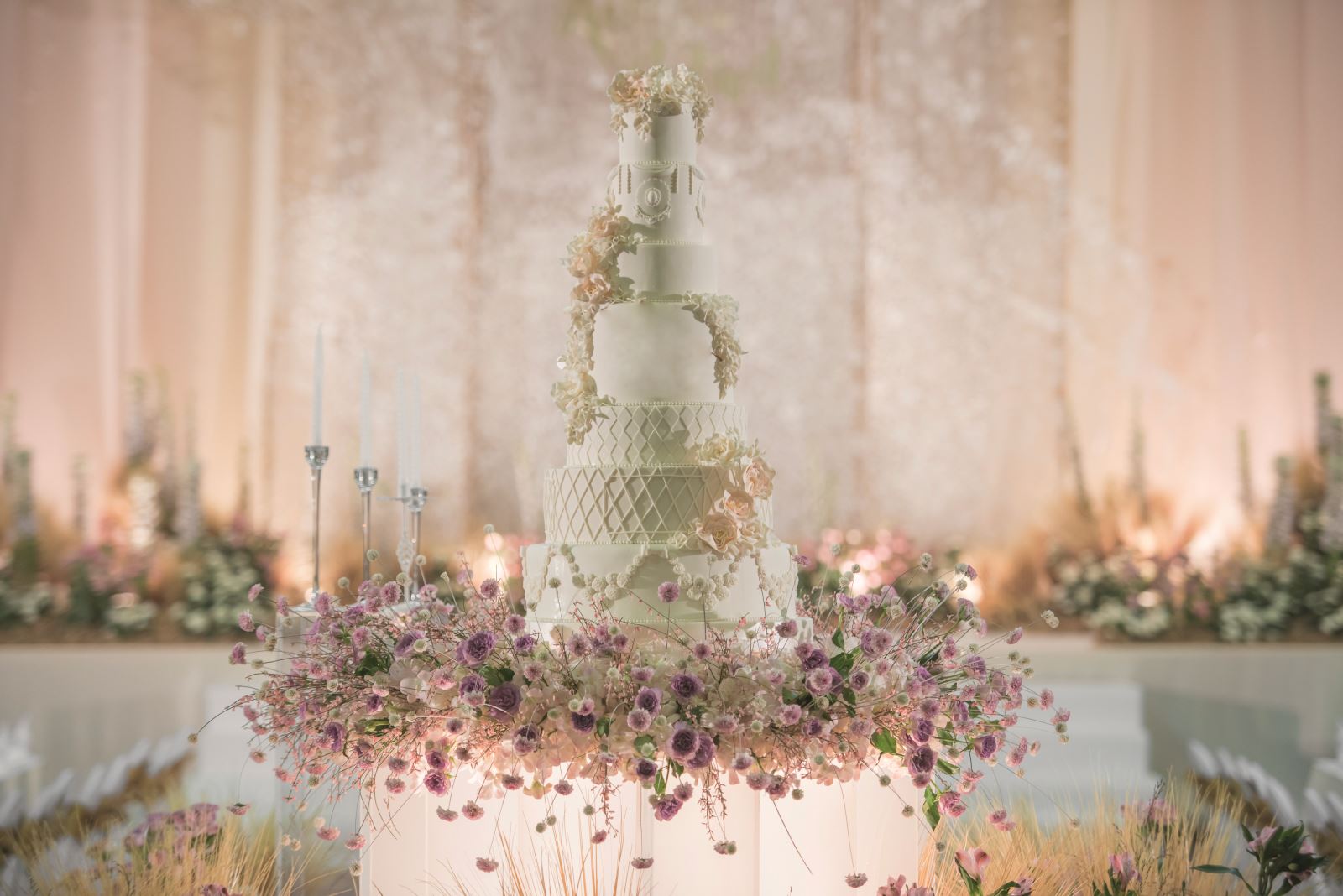 Phew, who knew there was such a vast and complicated history of cake decorating? We certainly found it fascinating – did you?

You can find articles like this throughout Cake Decoration & Sugarcraft magazine, with tips, tricks, techniques, tutorials and more!

If you love finding out the weird and wonderful history of cake, check out this ‘egg’-straordinary article on the purpose of eggs in baking – though don’t look for answers to the ‘chicken or egg’ conundrum, that one is still evading us!