How to hand embroider pop art: a comic book heroine Finding hope through cross stitch: an interview with Rosy & Grey How to stitch snow The Harvey Girl – A Portrait Of Me, Too by Catherine Hicks.

In the third and final instalment of our series on stitching skin, Catherine Hicks considers the role French knots played in recreating an iconic pop art cartoon image, sharing her techniques and top tips.

The #MeToo movement has had a profound cultural and personal impact all over the world. I wanted to make a piece that would articulate the anguish that many women had long hidden but were suddenly feeling emboldened to express.

Noticing the fierce tears of the women as they told their stories, I thought about all of the crying comic book ‘girls’ I’d seen while researching the work of Roy Lichtenstein, the mid-century American artist whose large-scale Pop movement work was based on comic books of the era. 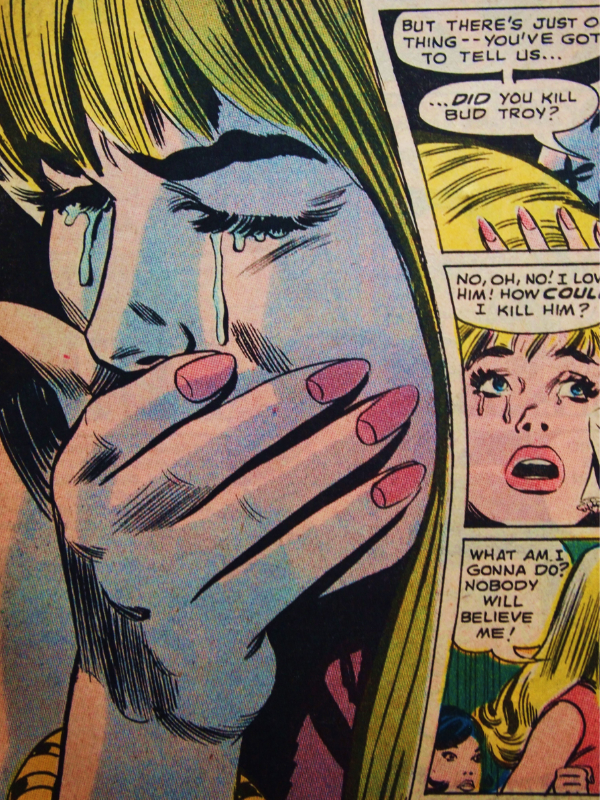 Lichtenstein’s paintings were made with large, closely and evenly spaced ‘dots’ of colour, which he used to represent the Ben-Day dots used in the printing of the comic book images on newsprint. The cyan, magenta, yellow and black dots, when printed on the page, blend together to read as colour, shape, shadow and line. I wondered if I could do the same with wool.

So, I tried some French knots as my substitute Ben-Day dots, and this was the technique that I used on the Harvey Girl.

Using a comic book image as my reference, I chose colours that closely matched the source material. Rather than limiting myself to cyan, magenta, yellow and black, I used colours that matched flesh, shadow, hair, etc. For at least a few hours each day, I slowly and meditatively knotted for about five months. 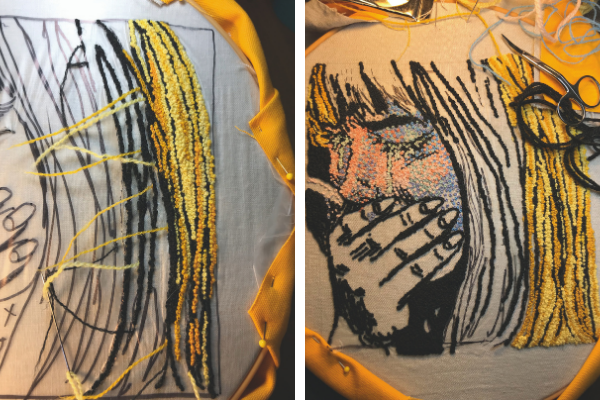 The greatest challenge I had on this piece was the worry that I would run out of particular colours of my finite supply of specifically coloured thrift store wool. It was very difficult for me to estimate how much of the fibre I was using and how much would be needed as I progressed. It was a real nail biter as I finished with just inches of some key colours left to spare!

In addition to a variety of flesh tones, purples, mints, magentas, blues and pinks, I also used black wool to outline areas and an opalescent Kreinik Metallic #16 (9032) to make the girl’s knotted tears. 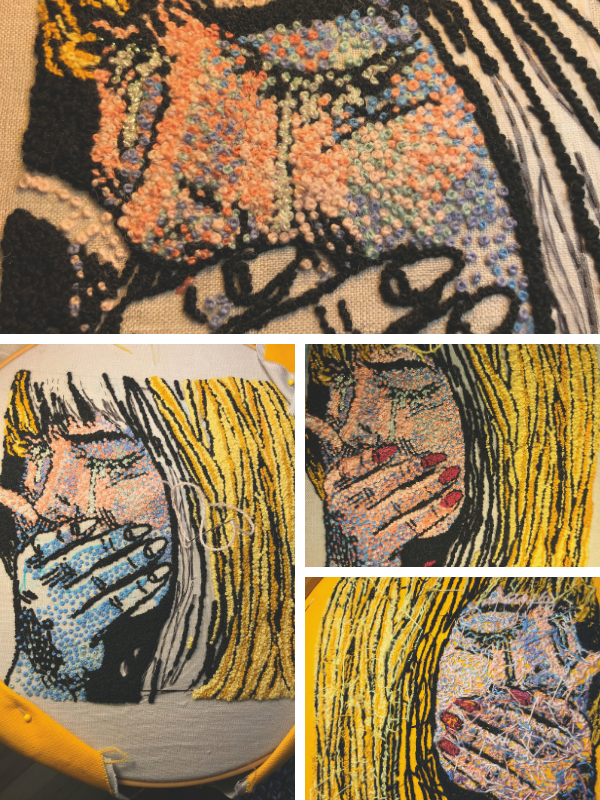 I’m not going to sugar coat it – this technique requires patience, persistence and a stubborn determination. But if you love to make French knots and have enough time on your hands, I think you’ll find this method to be a rewarding and relaxing way to stitch.

To study the human form further see Stitch issue 117 for fascinating projects, or explore Stitch subscriptions available in print and digital for your regular stitching fix!

Let me share the story of the thousand pots… Art students were divided into two groups and tasked with making pots. Group A was told that the way their pots looked made no difference, and the only thing that was important was to produce as many pots as possible within the allotted time. Group B was told that their assignment was to produce just one pot as perfectly as possible. At the end of the experiment, the pots produced by Group A were by far the better and more aesthetically pleasing because the way to learn to make pots is, simply, to make a lot of pots.

The same is true for embroidering skin. The way to learn how to embroider realistic skin is to embroider a lot of skin. It won’t look good at first, but that doesn’t matter. 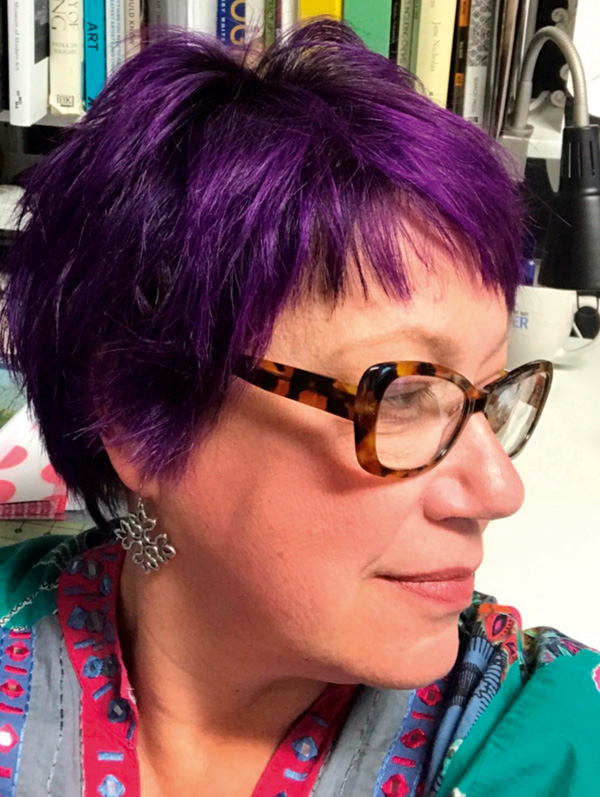 Don’t miss parts one and two of this series where you’ll learn Catherine’s techniques for hand embroidering a classic self-portrait and embroidering the face of a loved one.