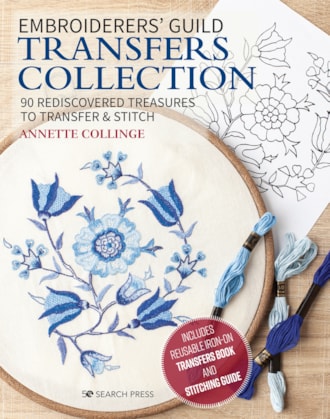 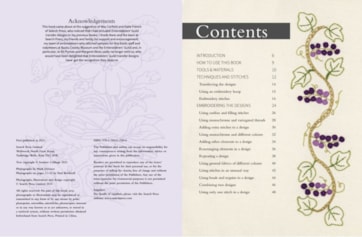 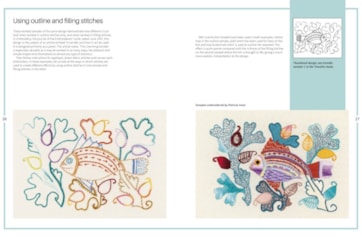 We're giving you an EXCLUSIVE 10% off with FREE P+P! UK offer only.

An important though largely forgotten part of the Embroiderers’ Guild legacy is the huge collection of hot-iron transfers dating back to the early 20th century that were created by members of the Guild. They fell out of favour in the 1960s and the Guild stopped producing them. Many transfers were stored away and haven’t been seen since those times; others were simply thrown away. Recently rediscovered and made available for the first time in over half a century, this unique collection includes 90 original designs ranging from the early to mid-twentieth century.

This treasure trove of design inspiration is presented in two separate books enclosed in a hardback folder. The Reusable Iron-on Transfers book includes 90 designs that you can cut out and store in the pocket inside the folder after use. This is accompanied by a handy Stitching Guide that includes 26 beautifully worked examples to inspire your colour, thread and stitch choices, as well as information on tools and materials, using an embroidery hoop, and 18 embroidery stitch diagrams.