Learn how to make a miniature Art Deco bath in this step-by-step tutorial by Pat Davies for your 1920s/30s small scale bathroom...

"I didn’t have a square-cornered bath to hand, so I thought I'd try using card to create the same effect.

I haven’t given detailed instructions on creating the interior of my box as everyone’s idea of décor and layout will be very different, but below is a brief description of how I made the basic structure. I used a redundant room box that had seen better days. It was rather large so I reduced the inside measurements by installing a false wall at the back using core-board. To make it more interesting I made one half deeper than the other and then divided it up so there were alcoves.The raised floor level in the bath recess was created with dense polystyrene (if you don’t already have some ask at your local DIY shop/store, they often just throw it away). I then covered it with black, glossy-faced, cardboard. I found some Art Deco designs, again with a glossy finish which came in a packet of 24 sheets with 12 designs and these proved very useful and effective." 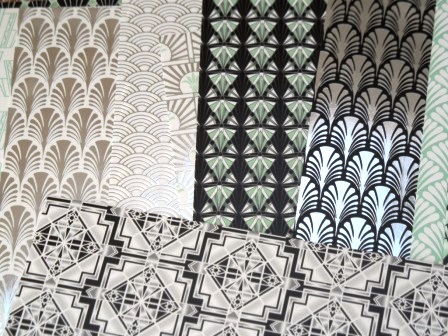 By Pat Davies of Lili-Anne Miniatures

How to make a miniature Art Deco bath 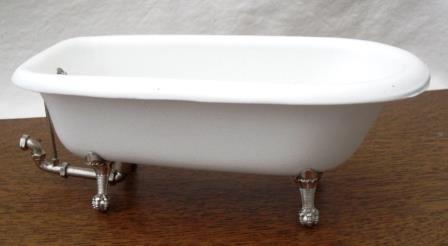 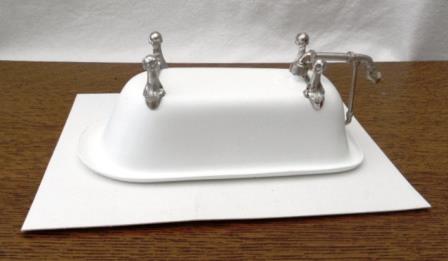 2. Using the below measurements as a guide, cut two side panels and two end panels from the core-board. 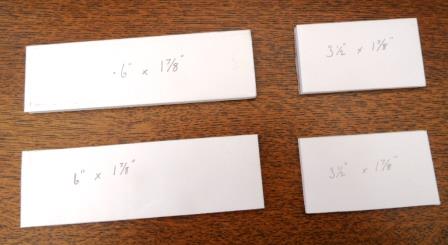 3. Using the Speed Bond glue, join these four panels to form a box and leave to dry. At this point you may have to tidy the joins, just to smooth any ridges. 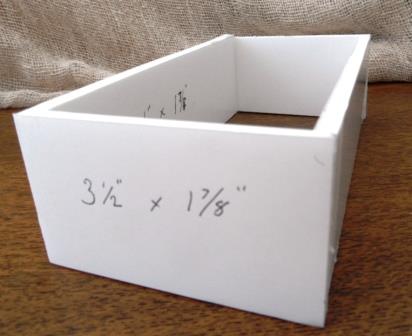 This feature was originally published in Dolls House and Miniature Scene magazine. If you like making miniatures, why not buy yourself a copy of the magazine. Or better still take out a subscription so you never miss an issue!

4. Measure the top and cut another panel to fit flush, but don’t glue into position yet.

5. Lay the top panel on a flat surface and place the bath face down with more space at the tap end. Draw around the rim of the bath, remove the bath and draw another line about 10mm to 12mm inside the original. Cut out so you are left with a hole that the bath will fit into with the rim resting neatly on the top. You may have to tweak it a little to get the bath to fit flush. Mark the position of the taps and the receiving holes. 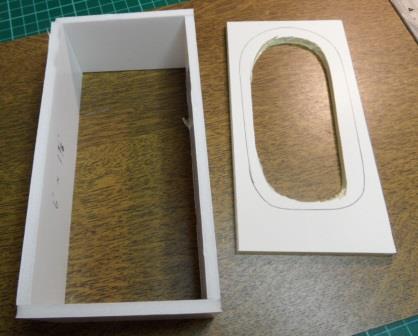 6. Cover the exterior of the box frame, starting with the top panel. I chose black glossy card for mine. I placed a little silver coloured washer over the receiving holes for the taps to give it a finished look. If you’re using pillar taps this can be placed into position and glued. If you have shower taps that are attached to standpipes you may have to shorten them before you thread them through the receiving holes. To give added strength I glued a block of core-board underneath where the taps were to be fitted. 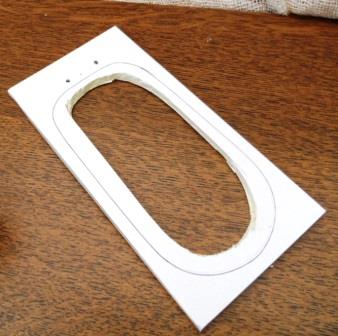 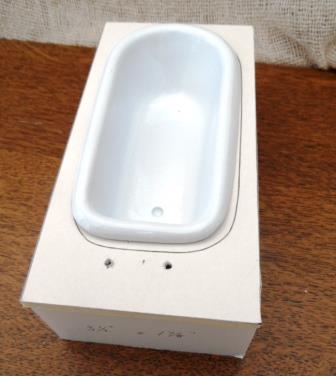 7. Glue the finished top into position making sure all edges are level. 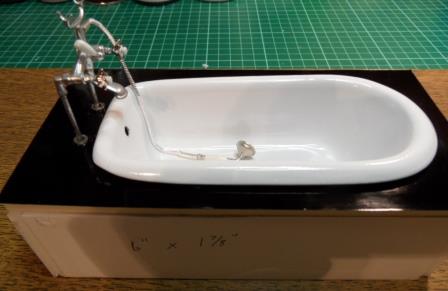 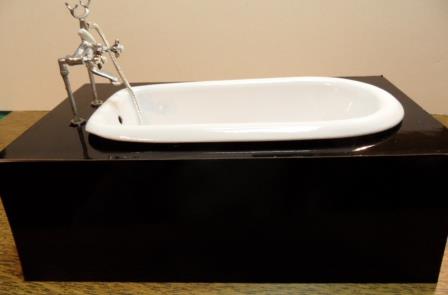 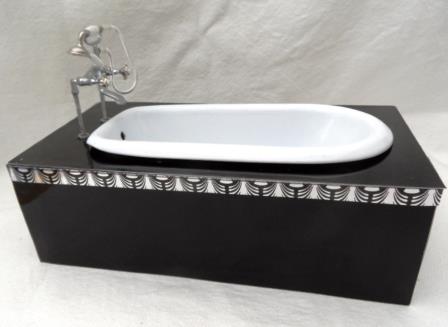 Next, learn how to create tiles for your miniature bathroom, or check out the full A-Z miniatures crafts series with 26 mini projects and techniques to get stuck into!