Step behind the scenes in the second part of the Featherstone Hall Hotel series and see how the project came to life.

Julie Jackson starts off the second part of this series with the selection of the house and theme, and finishes off with the assembling of the flat pack.

This house is called Cottesmore House and comes from Barbara’s Mouldings. It has a lot of flexible good-sized rooms, and a bonus point with this particular maker is that the kits are precision made ad go together beautifully.

Construction of the house

With both the Cottesmore House, Basement and Plinth kits, I set about the grand assembly. I have to confess that at this point the house would never have been made without the extra pair of hands of my hubby. The kit was beautifully constructed, but some beautifully engineered instructions would have made it even better. At times I had to suspend construction when I realised that the instructions do not take into account decoration… and a certain amount of pre-emptive painting and decorating will cut out tricky bits later on. 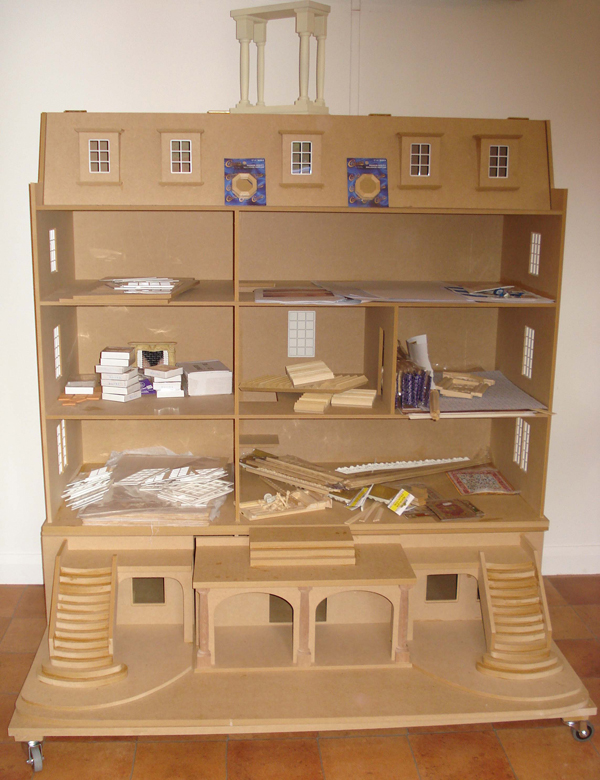 Starting with the exterior, these were covered with sheets of printed brick paper. There are many to choose from, but I thought the 'Old Red Brick' paper from Streets Ahead was the one for me. I papered the whole building, and when dry, used a scalpel to cut away the window openings before re-fitting the windows and applying the stone window frame exterior trims. 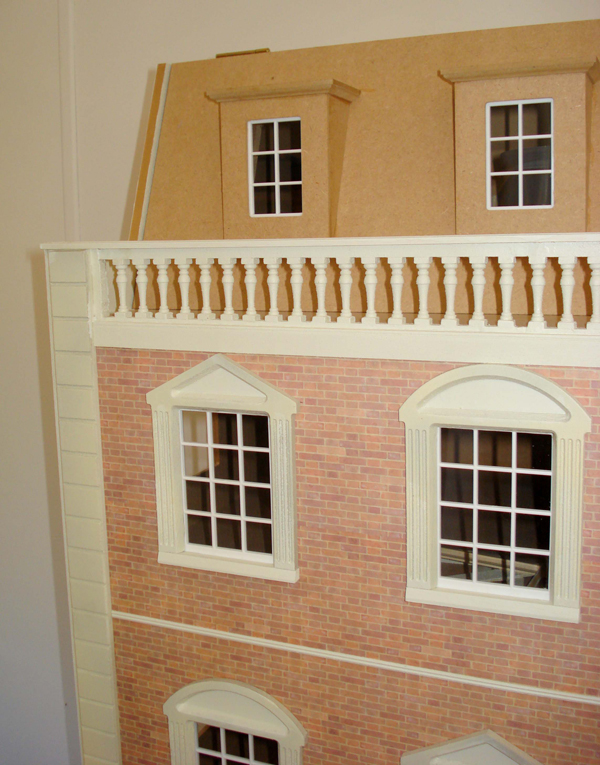 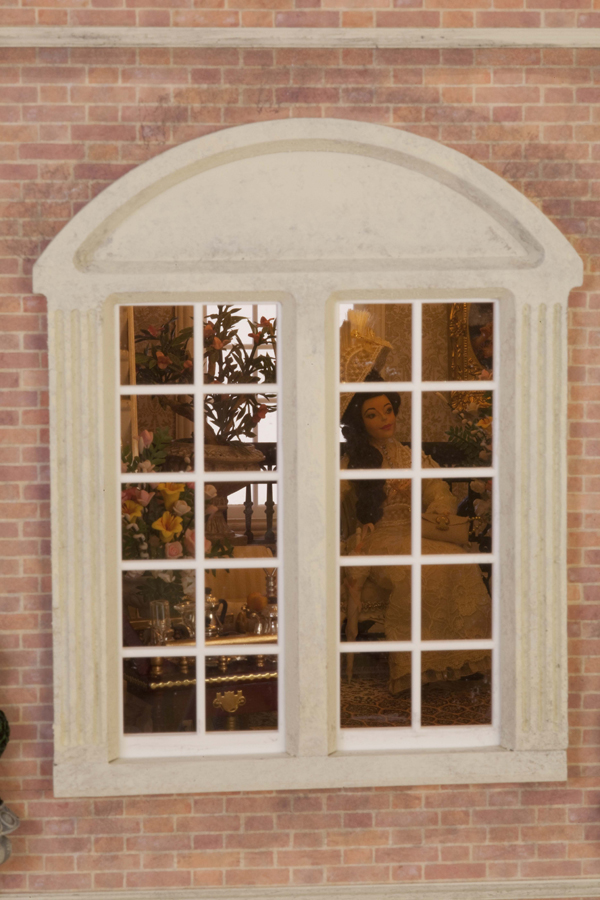 Enjoying this series? Check out Dolls House and Miniature Scene magazine, which covers a variety of projects through the different eras!

The first thing I changed was the balustrades, as the kit ones are simple silhouettes. Using the Wonham Collection C69 Ballustade and cutting out notches on the fascia roofline to accommodate the deeper panel. I also used these on the basement section staircases, cutting the tops of the uprights at 45 degrees in order to accommodate the rail. The downside of using my own adaptations means that the house won't open without removing the basement front section, the plus side is that they look so much better with the 3D effect. 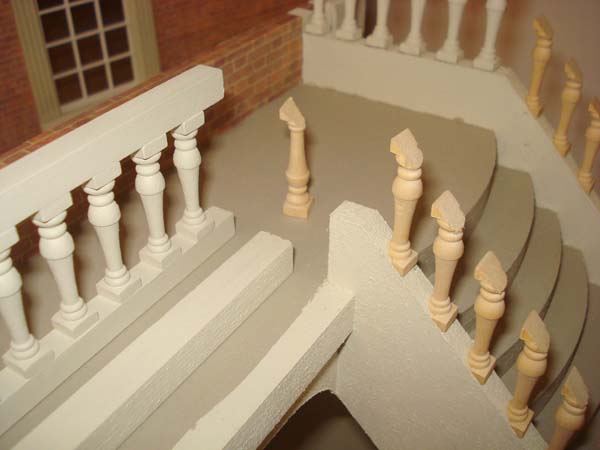 I also added extra 'stone' reeding in horizonal bands across the front of the house made from wooden painted decorative strip. Two hexagonal windows to the roof were also added, which have frosted glass to disguise the fact that one has an internal wall running right through it! I also added extra coining to the side of the house so that the three-quarter view looks as good as the front. The first photo below shows the front. 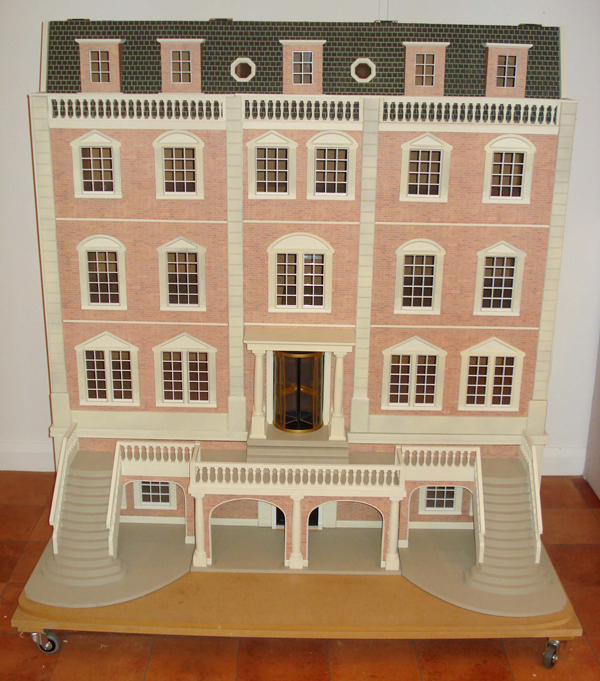 The most difficult part of the exterior was the centre section of the basement front. As I'd built it before realising it would have been easier to decorate first, then construct, I had to add stone painted Plastruct 'C' section to the arches to covers up some 'dodgy' paper areas. The photo below shows how beautifully this has finished off the edges. The only other additions to the kit house exterior were doors. I replaced the basement with double doors from Streets Ahead with a lovely fan light onto which I painted a stained-glass design. 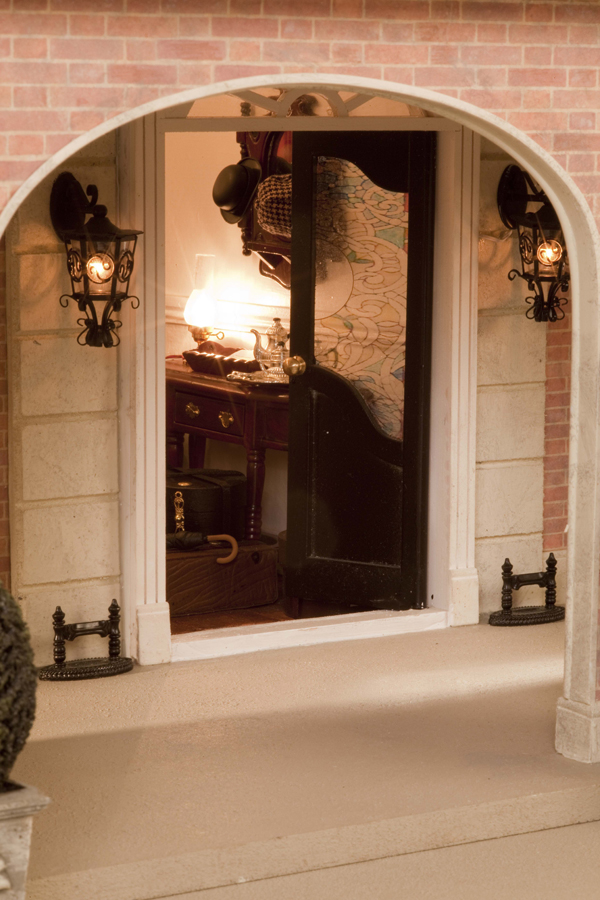 As the finished house looked too clean and ‘dolls house like’, I decided to dirty it up a bit. Here are my top tips: 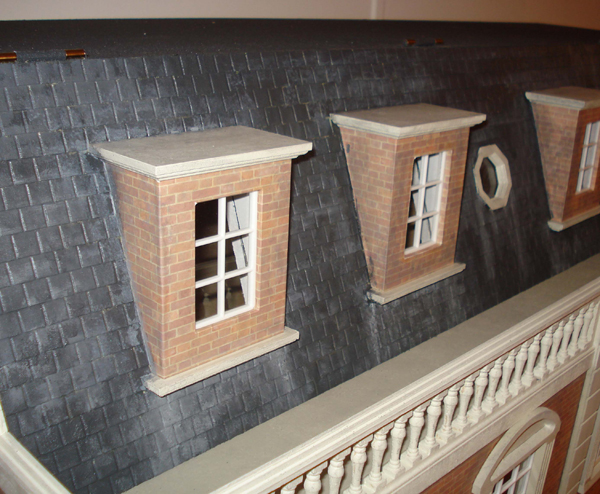 If it was a hotel, then it had to have a revolving door! These two photos show a close up of the finished door, plus another of it being used by a hotel guest: 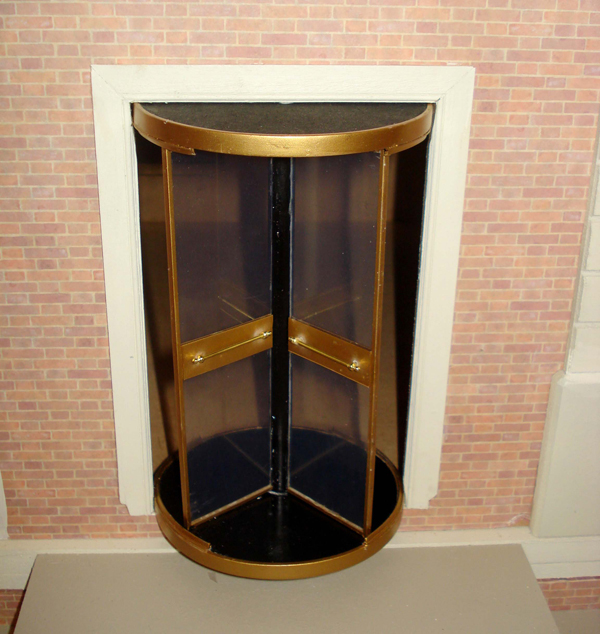 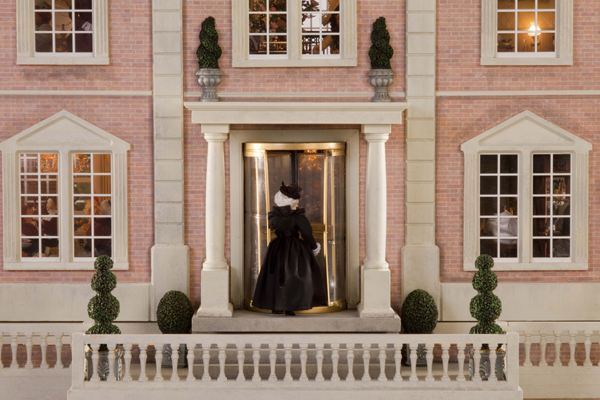 Now you’ve been introduced to Featherstone Hall Hotel (part one) and have seen Julie build the flat-pack shell and decorate the exterior, move on to part three, where Julie concentrates on decorating the reception hall.