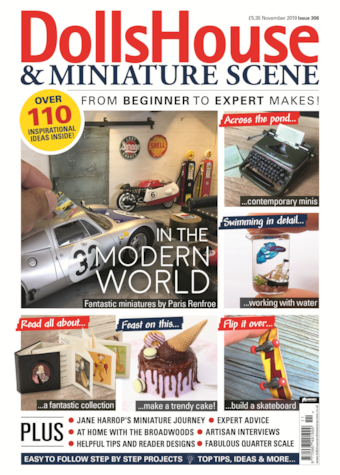 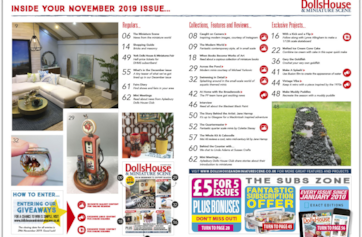 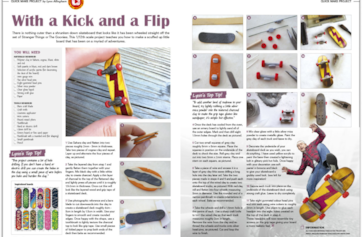 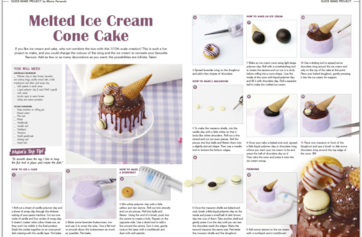 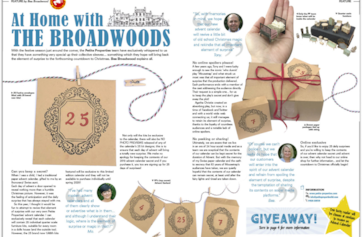 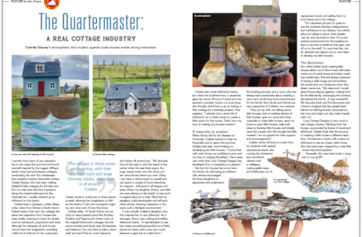 Available only in digital format! Welcome to the November issue...

What's in this issue?

Ensure you never miss an issue of your favourite magazine by taking out a great value subscription.

What's in this Issue?

Inside this month’s issue we’re going modern, post 1900, with miniatures, projects and ideas to keep you inspired. Can I just say that I’ve been looking forward to sharing the opening feature with you for some time, as I’m a huge fan of his work. Starting up in 2008, Paris Renfroe began to market and sell 1/12th scale models of his full-size furniture!
Each finished miniature is a piece of distinctive modern art in its own right, and it’s certainly not hard to see why his work is eagerly snapped up by collectors from across the globe. From this initial interest, Paris began to expand his range and build 1/12th scale shipping containers called M112 Pods, showing that they can be adapted to make backdrops for displaying modern dolls house furniture. His collection now includes chic kitchens, bathrooms and entertainment
units, not forgetting storage for cars. Turn to page nine and see for yourself why Paris was once crowned ‘Best Mini Modernist’ by Midwest Home magazine.

Elsewhere, and as featured on the cover, our team of artisans provide detailed step by step guides to show you how to
make a skateboard inspired by the 1980s, a vintage lava lamp straight out of a 1970s style book, and how to create the illusion of water. 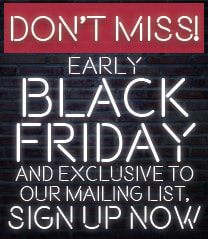